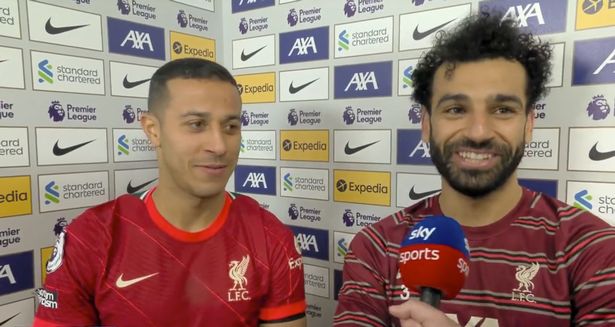 Liverpool star Mohamed Salah has given a damming verdict on Manchester United’s performance whenever the two sides meet, saying Ralph Rangnick’s side makes life easier for them.

Having netted a hat-trick in the corresponding fixture at Old Trafford in October, Salah became the first ever player to score five goals against United in a single Premier League campaign.

In his post-match interview, the former AS Roma star was asked how they have dominated the rivalry this season and said:  “They make our life easier, in the midfield and at the back, they always try to give us the ball in a one on one situation.”