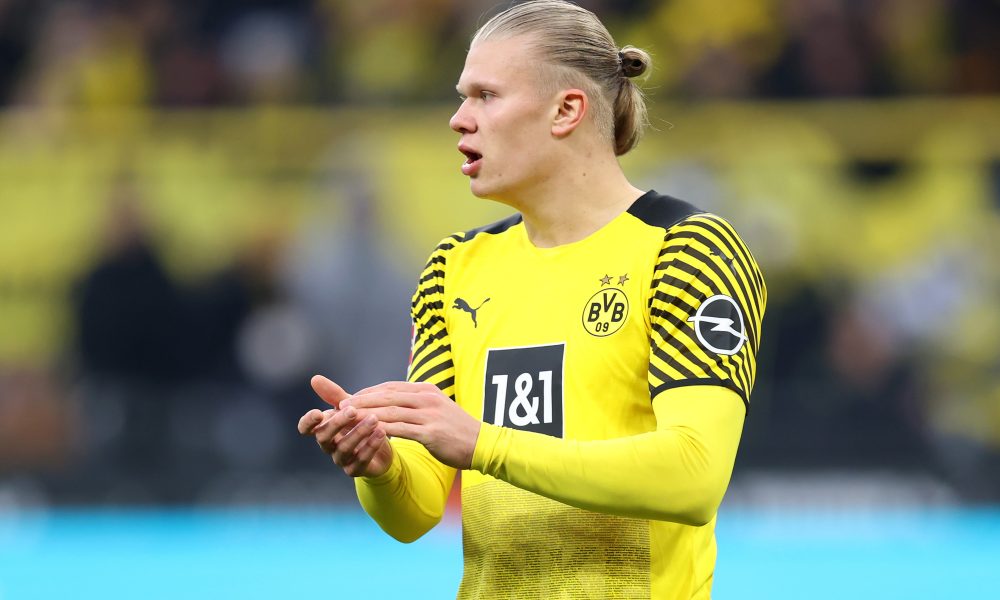 Manchester City have reached an agreement to sign Erling Haaland from Borussia Dortmund.

The English champions activated the £63m release clause in the striker’s contract with Dortmund.

The Norwegian international, 21, will make the switch ahead of the new campaign and link up with his new teammates in pre-season.

A statement by the EPL club reads: “Manchester City can confirm we have reached an agreement in principle with Borussia Dortmund for the transfer of striker Erling Haaland to the Club on 1st July 2022.

“The transfer remains subject to the Club finalising terms with the player.”

Haaland, who passed his City medical in Belgium on Monday, has scored 85 goals in 88 appearances for Dortmund since joining from Red Bull Salzburg in January 2020.

The deal ends the club’s hunt for a successor to their all-time top scorer Sergio Aguero, who joined Barcelona on a free transfer last summer.