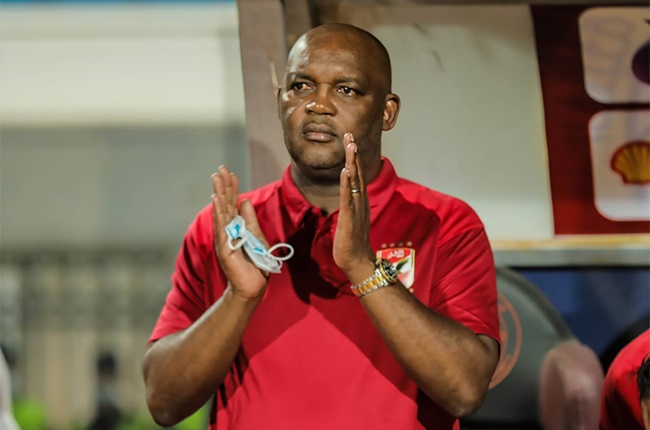 Pisto Mosimane’s management has addressed rumours linking the South African coach with a move to Qatar.

Mosimane is currently without a club after leaving Egyptians giants Al Ahly earlier in the week.

Following his departure from the Cairo-based team, reports quickly suggested the coach signed a contract with an unnamed club in the Qatari Stars League.

Pitso’s handlers, MT Sports Marketing and Management, has rubbished the rumours, but admitted receiving offers for the 57-year-old.

“It has been brought to our attention that there are rumours around coach Pitso Mosimane being in Qatar insinuating that he has signed a deal with a new team,” a statement read.

“Coach Pitso and his technical team have not signed with a new team. The coaches will be heading back to South Africa in due course.

“Since parting ways with the former club, we have received a number of enquires from various teams internationally and locally, including national teams.

“We have not committed the coaches to any teams as yet. Should there be any new developments regarding this matter, MT Sports Marketing and Management will make an official announcement.”