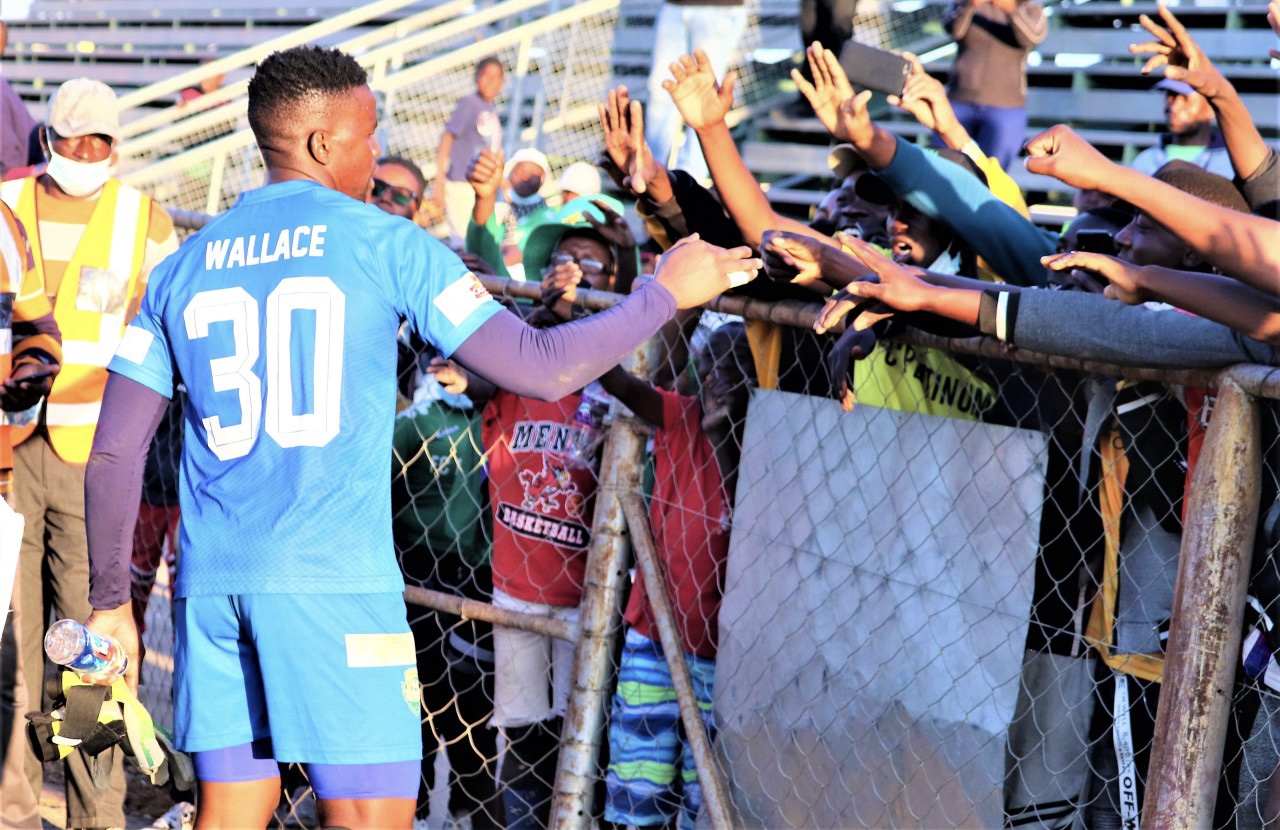 In Zimbabwe, there are two Wallaces who are currently the crème de la crème in their respective fields.

One is an incredibly gifted lyricist whose music hits differently. Perhaps it should be sold in pharmacies because it heals, as some have humorously suggested.

The general consensus among Zimbabweans is that Winky D, whose real name is  Wallace Chirumiko, should be mentioned in the same breath with the domesticated ruminant mammal —GOAT, because he is the greatest of all time.

The Kambuzuma-raised chanter has a namesake, who is not necessarily the greatest ever in his trade, but is the finest in it currently.

FC Platinum goalkeeper Wallace Magalane is the unsung hero in the platinum miners’ resurgence and quest for league and cup double.

The 28-year old shot-stopper has been brilliant for the Norman Mapeza-coached side that only injustice of the highest order can deny him a place on the Soccer Stars of the Year calendar.

After veteran goalkeeper Petros Mhari got injured in April, Magalane literally created a third hand to grab the opportunity.

Mhari, who just seven months ago kept goal for Zimbabwe at the AFCON finals in Cameroon, is now fully fit but struggling the wrestle the number one jersey from Magalane, who was deservedly named player of the month for July.

At some point in the season, the Plumtree-raised goalkeeper, who is a Bantu Rovers product, kept 10 consecutive clean sheets, a milestone which fueled Platinum’s title charge.

In total, he has not conceded in 12 of the 14 league matches he has kept goal for for the Zvishavane-based side.

The forrmer Phakhami High School student gave credit to FC Platinum goalkeepers coach Tembo Chuma, for his performances between the sticks this campaign.

“Working with Tembo Chuma has helped me learn a lot, and l have improved as a goalkeeper. He is a coach that can build confidence in you and he always motivate me,” Magalane said, adding that the presence of the Mhari and Francis Tizai in the Platinum goalkeeping department has also been key, as he is learning from the experienced duo.

Magalane was in goal when the platinum miners knocked out Dynamos from the Chibuku Super Cup on Sunday and was named man of the match after saving two penalties in the shootout.

The result meant Mapeza’s troops are now eyeing a league and couple double, as they are eight points clear of second-placed Dynamos at the summit of the table.

Magalane, though dreaming of both titles, says they are taking it step by step.

“We now focus on the (Chibuku Super Cup) semifinal now. We are almost there, we just have to continue to work hard hand everyone is raring to go,” said Magalane.

“With the fighting spirit in the team, anything is possible. We have learnt not to put any pressure on ourselves and take each game as it comes,” he added.