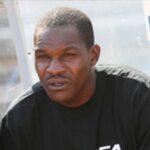 Former Zimbabwean national team and Monomotapa coach, Norman Mapeza (NM), has kept a low profile after news that he was banned from football for six months.

He was recently interviewed by Zimbabwe Mail’s Grace Chirmanzu

Most of his fans in Zimbabwe, some of them who once sang “Mapeza Dzoka” when Rahman Gumbo was struggling with the Warriors, are still waiting to know what will be. The Zimbabwe Mail’s Grace Chirumanzu (GC) sat down with the former Warriors midfielder to discuss his past, present and the future. Excerpts:

GC: You were one of the people implicated in the Asiagate match-fixing scandal; found innocent but received a six month ban. How has been the experience of accepting the fact that you were being forbidden from the game you love and the profession you have known all your life?

NM: Let me tell you something Grace, I think Zifa has been very unfair on my part.

I was never clear about the issue of the Asiagate ban. All I know is that I learnt about it through the media, there was no formal communication from Zifa whatsoever, to let me know that I was banned and the reasons why.

I was never called to tell my side of the story. Under any normal circumstances, a person is called for a disciplinary hearing before being suspended but that was never the case with me. I was informed through the media and I have since not received any communication from the football mother body to say the ban is over. I understand Methembe Ndlovu got a letter from them saying his two-year ban was over. Everything that happened is something that would not be done by people with common sense.

GC: But what role did you take in what became known as the Asiagate scandal?

NM: I have never participated in match-fixing and never in my life time will I be involved. To be honest with you, I have always thought to myself that I was actually punished for refusing to sell-out my country. I have never been to Asia with the national team, I only led them to the Cecafa tournament and while I was there, I was approached by two men who asked me if I knew anything about betting, when I said no and showed no interest in knowing, they walked away. It only came back to me that maybe that (match-fixing) is what could have happened when I started seeing reports here.