5 things learnt from the ZPSL Week 27

Week 27 of the Castle Lager Premiership has come and gone .Here are 5 things we picked up from the weekend.

Tsholotsho not going down without a fight

The Premiership debutants are doing all it takes to stay in the ZPSL and this weekend registered another key win when they won against Hwange at the Colliery. The win gives them a three point gap over Buffaloes. If Tsholotsho continue with this form they will survive in their first season in what will be a notable achievement

Chicken Inn still have work to do 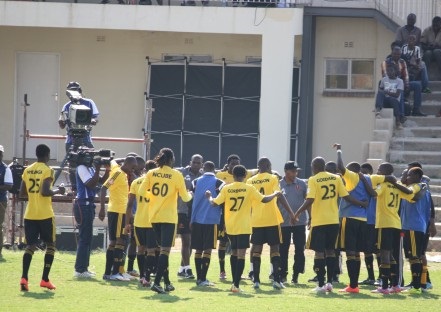 The Gamecocks winning the title had looked like a formality after avoiding a loss to FC Platinum however to everyone’s surprise they were held by relegation bound Whawha at the weekend. Needing a late Toto Banda goal to rescue a point .The dropped points cut their lead to just two points meaning they can’t afford any more slip ups in their next three games. Things don’t get any easier as they welcome a Tsholotsho side fighting to survive

FC Platinum could nick it

With Chicken Inn drawing, FC Platinum moved within striking distance of log leaders Chicken Inn .Mapeza’s side beat Harare City 2-0 at Mandava on Saturday. With the good form FC Platinum is in they could just snatch their first league title if Chicken drop any more points.

The Harare Derby lives up to expectations 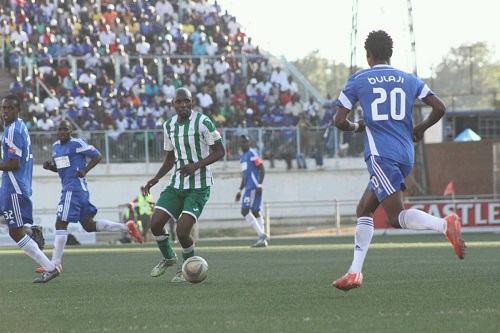 For a number of years the Harare Derby between CAPS United and Dynamos has failed to live up to expectations, perhaps it has been a result of the dominance Dynamos had. Whatever the case the derby really lit up on Sunday, the match was action packed with action swinging from both ends to another. There was a good turn out as well and fans witness a thriller!

Chiyangwa going all out 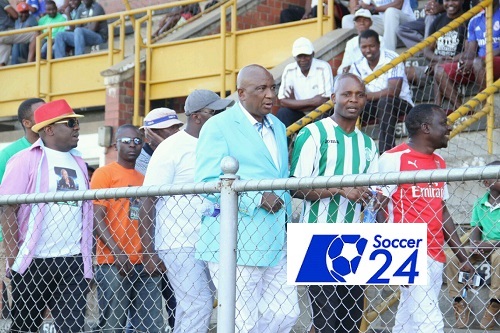 Philip Chiyangwa makes his way to the VIP seats

Philip Chiyanga may not have much support among the fans but he seems to be going all out on his campaign trail to become the next ZIFA President. This weekend Chiyangwa made an appearance at the ‘Harare Derby’ in his usual flamboyance .Some have ridiculed his ‘campaigning’ suggesting it’s probably the first time he has attended a local match . Elections are only on the 5th of December by Phidza as some ‘like’ to call him is leaving not stone unturned.