EPL back on Supersport 3! 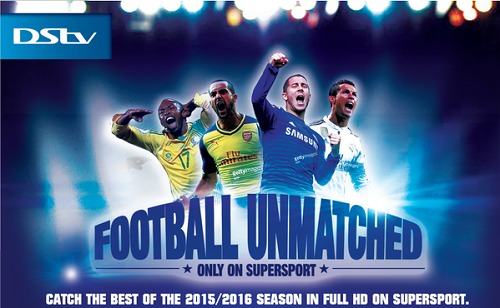 England’s Barclays Premier League is return to SuperSport 3 from next month. The immensely popular league had been moved to Supersport 5 which is on the premium bouquet which costs $81 per month .This lead to an outcry from most viewers whole felt the price was too steep.

Multichoice though seems to have acknowledged viewers concern. Liz Dziva, publicity and public relations manager of MultiChoice Zimbabwe, said the return of live premiership games to DStv Compact Plus would start from December 1, from when subscribers could access the bulk of the EPL action for the rest of the football season, which ends in May.

The Compact Plus bouquet goes for $55 per month.

“All active Compact Plus subscribers will get the EPL experience on SuperSport 3, while SuperSport 5 will be made available for coverage of the Spanish La Liga,” she said.

“We are sure this will help brighten the Christmas season, which will also be boosted by a range of additional family entertainment on various bouquets. We know many subscribers are experiencing tough economic challenges at the moment and we want to make the festive season bigger and brighter with more great sport, children’s programming, news and general entertainment.”

The Barclays Premier League is considered the most popular ongoing sporting spectacle in the world, not only with top soccer action but also with larger-than-life characters who thrill, infuriate, spread joy and despair in equal measure.

“We hope DStv Compact Plus viewers will be pleased with this development and we thank them for the feedback they have given us in this regard,” said Ms Dziva.