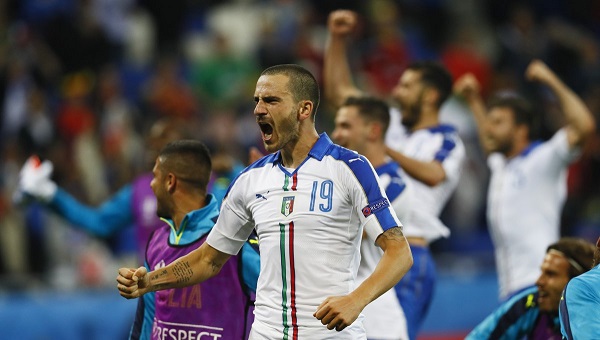 Star studded Belgium where handed a opening defeat at Euro 2016 by Italy. Making their first appearance at the Euro’s since 2000 Belgium failed to spark despite their impressive line up and were stunned by a highly organised Italian side.

Emanuele Giaccherini put Italy ahead with a well taken goal after a delightful pass by Leonardo Bonucci.

Belgium pressed for an equaliser but got caught on the break when Southampton forward Graziano Pelle sealed the win in the 93rd minute.

The win saw Italy move top of Group E with three points after Ireland and Sweden drew 1-1 in their game.