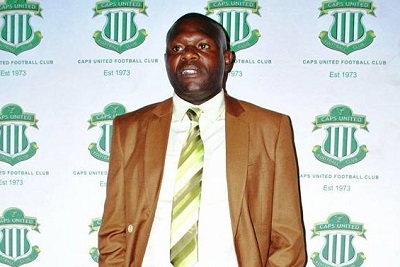 Week 12 of the Castle Lager Premiership registered some upsets and did not disappoint with twists and turns. Here are four things picked up

Dynamos back on track

Dynamos registered another league win beating Bulawayo City 1-0 on Saturday to put their poor start to the season behind them. Lloyd Mutasa seem to have found a good formula and the former champions who had been taunted by opposition fans when they occupied the relegation zone now lie just six points from the top.

Things have been going well for Highlanders and CAPS United who together with FC Platinum have been the pace setters of the league. The good start has given both teams league “title favourites” tags. However a reality check was given to both at the weekend. Highlanders saw their unbeaten run come to an end with a loss to Chicken Inn while CAPS United were held by Hwange after blowing chances. The fans were not amused with Highlanders fans throwing missiles at the end of the match registering their dissatisfaction while CAPS fans demanded to see Chitembwe after the draw with Hwange.

The border town of Beitbridge had been dominating headlines this week but Border Strikers made sure the week ended well for the local football fans as they registered only their second win over the season. It was a big win especially after the sacking of Saul Chaminuka for ill-discipline and poor results. Moses Chunga also suffered his second consecutive defeat after initially getting off to a good start with Harare City.

It is not well for Kaindu and How Mine

Kelvin Kaindu failed to win again with How Mine beaten by Ngezi Platinum on Saturday. It was their fourth defeat in their last six games ,How Mine have now failed to win their last six matches. Kaindu traditionally does well in the first half of the season but appears to be struggling as How Mine slumped to 10th place after Week 12.