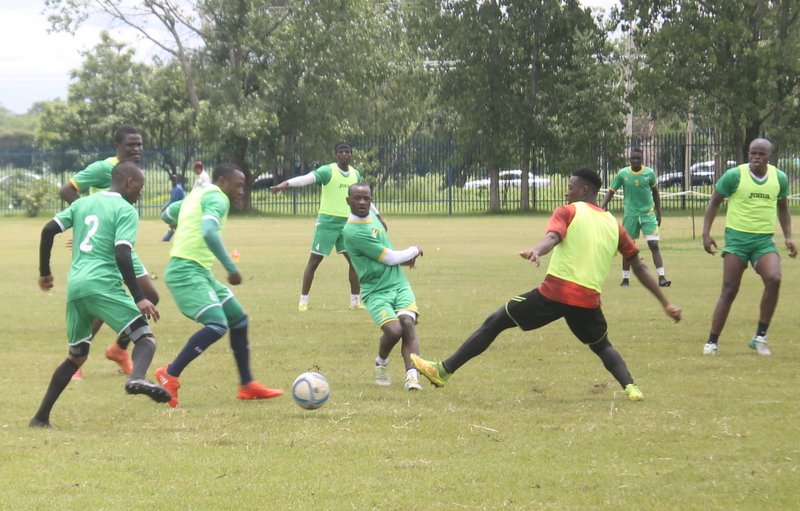 Zimbabwe senior men’s soccer team captain, Willard Katsande, has said the Warriors will focus on team effort not individualism ahead of the Gabon 2017 Africa Cup Of Nations (AFCON) first round match against Algeria in a fortnight.

The Kaizer Chiefs midfielder said the Warriors need to be united in order to achieve their primary target of qualifying into the knock-out stages of the tournament and to perform against players from world’s big leagues.

Speaking after the Warriors training session at Gateway Katsande said “I think we need to thrive on team effort. Team work will take us far. We are not going to look at individuals as long as we are going to work as a team, we are going to make our individuals look good. So it’s more like team effort to overcome those big names.

“Unity is very key in terms of what we want to achieve, in terms of how we need to apply ourselves”, said Katsande.

Katsande also said the squad is headed in the right direction, and that the players are responding very well in training.

“I’m quite satisfied now, though there is room for improvement, because it’s a work in progress. We are heading the right direction in terms of combinations, in terms of how we need to start the tournament and in terms of what we need to achieve.

“As you all guys can see we are enjoying, we are working hard, we are supporting one another. The atmosphere in the camp is good; the mood in the camp is unbelievable,” he added.

The Warriors are bedevilled by prolonged logistical issues, mainly the issue of accommodation and players’ allowances. Katsande, however, refused to concede that the matter would affect morale during the tournament.

“I think we are going to try to remain focused, I mean what if the money comes tomorrow and we haven’t prepared. Money, yes obviously we need money, but at the end of the day we need to make the Zimbabweans proud.

We know what it takes,Afcon itself motivates us to play, so in terms of monetary issues, the technical team is working on it”,concluded Katsande.