Schweinsteiger Set To Stay At United 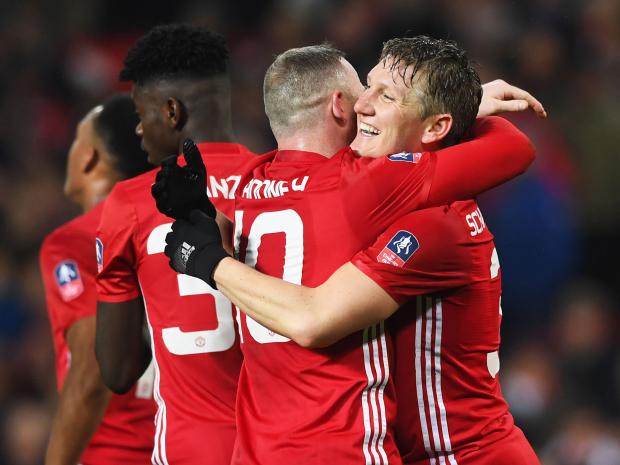 Manchester United midfielder, Bastian Schweinsteiger, will remain at Old Trafford beyond the January transfer window, according to manager Jose Mourinho.

Schweinsteiger made a third appearance under Mourinho against Wigan in the FA Cup on Sunday, scoring in their 4-0 romp.

The 32 year-old is set for a crucial role at United and will now feature in their Europa squad following the departure of Morgan Schneiderlin, who signed for Everton, and Mephis Depay, who signed for Lyon.

“He is going on the Europa League list because we opened spaces with [Memphis] Depay and [Morgan] Schneiderlin leaving.”