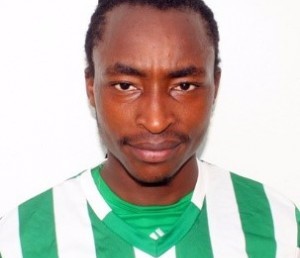 Jack Mtandagari, member of the Black Rhinos technical team, said the club intends to fortify its troops by signing the out of favour goalkeeper among other players. Mverechena’s future has been a subject of intense speculation, with various reports linking him to FC Platinum.

Mtandagari confirmed the military club’s interest in the player, who was loaned to Ngezi Platinum Stars midseason last year.

“Yes, definitely we have the likes of Benjamin Marere [and] Chris Mverechena to name but just a few,” he said.

Speculation has been rife surrounding the future of the 21-year-old, who is still on contract with the Premier League champions.

“There hasn’t been any problem with CAPS United. They are even more than willing to assist us,” Mtandagari said.

Mtandagari also said Rhinos were interested in several other players as they look to turn around their fortunes.

“A lot of players have shown interest [in Black Rhinos]. Players from other teams who have run out of contracts [and] some with contracts and we have also promoted a lot of our juniors who are promising.

“Definitely there is still competition for the 30 slots that are available for registration at the Premier Soccer League,” he said.