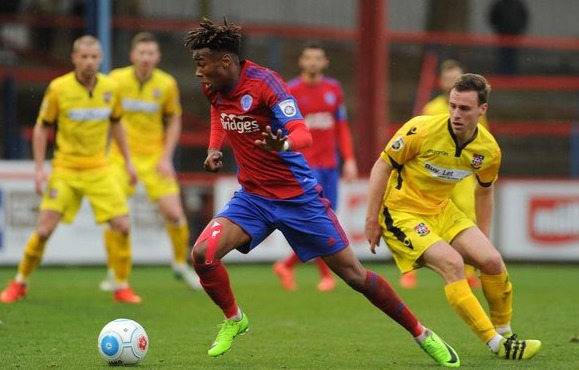 Kundai Benyu (19) has signed for Scottish giants Celtic. Benyu will join Celtic on a four year deal from Ipswich Town.

Benyu who plays a box to box midfielder had an impressive loan spell at Aldershot which finished fifth in the National League.

The youngster exploits had not gone unnoticed with Premier League clubs like Tottenham and Westham reportedly after his services.

However its Celtic that have landed the youngsters signature.

“I’m absolutely delighted to be joining Celtic. It’s a massive honour to sign for the Scottish champions and one of the world’s truly great clubs Benyu told the official club website.

“It’s also a great opportunity for me to continue to develop as a footballer under Brendan Rodgers.
“I’m looking forward to meeting up with my new Celtic team-mates. I know there’s a lot of hard work ahead of me but I am ready for this, I’m looking forward to the challenge and I can’t wait to get started.”