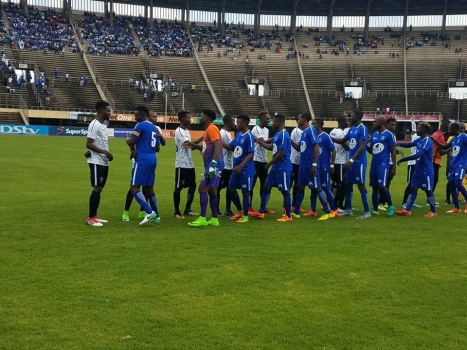 Highlanders will host Dynamos this afternoon in a rescheduled Battle of Zimbabwe set for Barbourfields Stadium.

The league encounter was postponed twice but the two teams clashed against each other two weeks ago in the President’s cup where Dembare won 2-0.

Both sides have not been performing at their best in recent games, and as for Bosso, they have gone for three matches without a win and are currently sitting in the 6th place. Dembare, on the other hand, are in 12th place.

The Bulawayo side have only lost once to Dynamos in the league since 2015 and a win for them today will see them complete a double, a rare feat in recent years they have only achieved in 2016 under Dutch coach Erol Akbay.

Meanwhile, the Harare Giants will be without coach Lloyd Mutasa, who is on national duty but new signing Kingston Nkhatha is available for selection and could make his debut today.

Vice-captain Marshal Machazani is serving a red card suspension while defender Godfrey Mukambi makes a return to the squad after missing the previous round due to suspension.

Highlanders will be missing the likes of Tafadzwa Sibanda, Tinashe Makanda, and Thabo Lunga, among others on the injury list.