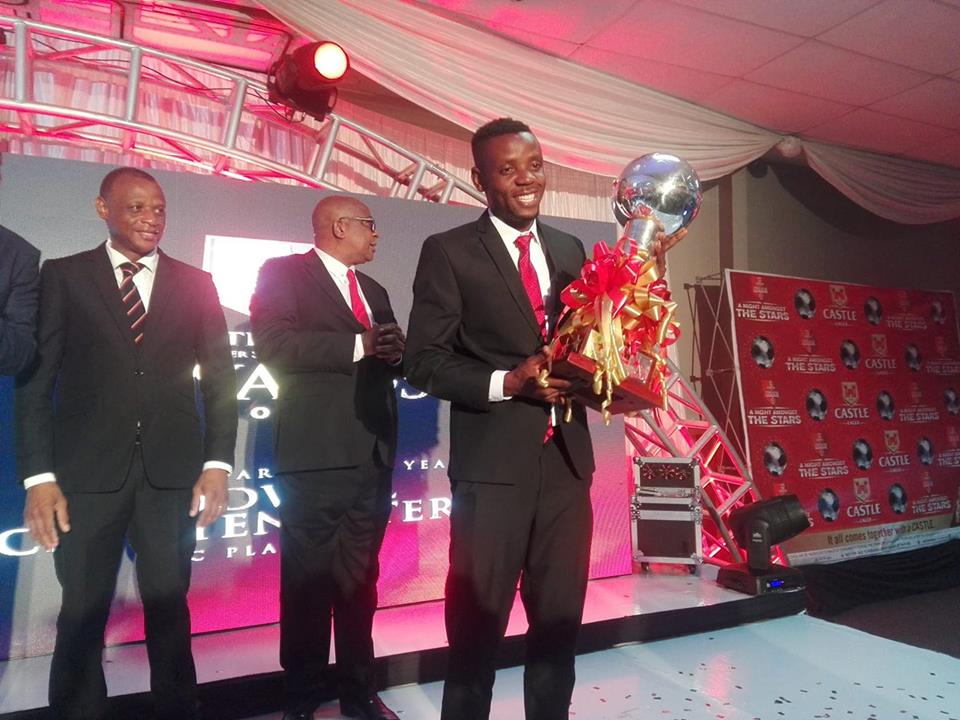 The 30-year-old became the second ever player after Peter Ndlovu in post-independence to win the award in two successive seasons.

Chinyengetere also walked away with the Golden Boot Award after netting 17 goals during the campaign.

Norman Mapeza retained the Coach of the year award, having won it last year when he led FC Platinum to their first ever league title.

The Most Promising Player award given to those under the aga of 21 went to Tatenda Tumba of Harare City while Highlanders’ Ariel Sibanda picked the best goalkeeper accolade.

League debutants Bulawayo Chiefs was named as the most disciplined team in 2018.

Most Promising Player of the Year: Tatenda Tumba (Harare City)