Kuda Mahachi has dedicated his goal against Highlands Park on Saturday to his late mum.

The winger lost his mother in early December after a long illnesses. 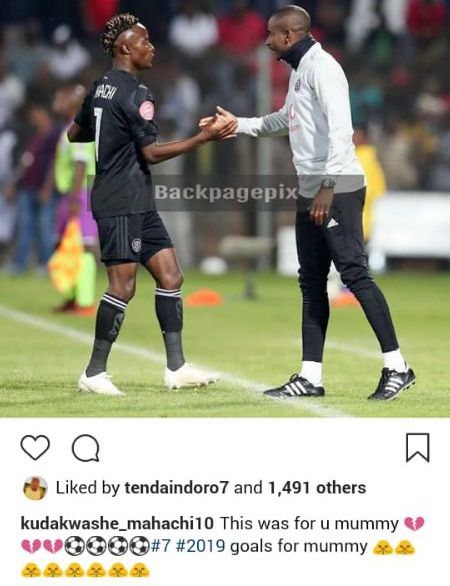 Mahachi came on from the bench and scored an equaliser in the 81st minute to give his a vital away point.

The goal was the winger’s first in Pirates colours. He joined the Soweto Giants in August from Golden Arrows and since his arrival, the former Chicken Inn player has struggled for game time. He has only made five league appearances so far.