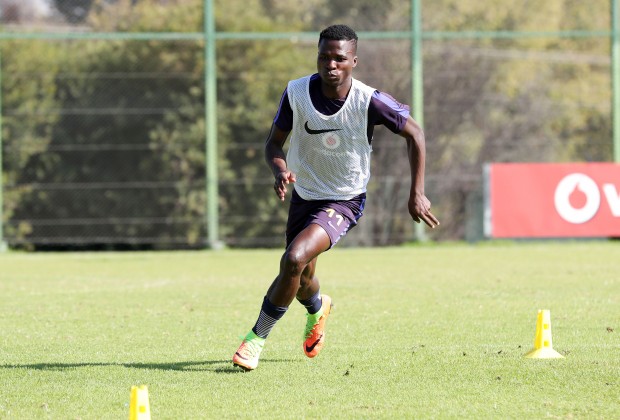 Edmore Chirambadare has given his thoughts after his move to FC Platinum fell through on the eleventh hour.

The winger had signed for the Zimbabwe champions and trained for some days with the team but the move was reversed after it emerged that he was still under a contract with NFD side Maccabi FC.

He has since returned to the South Africa where he played the entire ninety minutes in the 1-0 defeat to Ajax Cape Town last Saturday.

In an interview with The Citizen, a South African newspaper, Chirambadare admitted that he had been looking forward to playing Caf Champions League football and that he has since accepted that it was not meant to be this time.

“Things didn’t go as I had hoped and that is I am back here with Maccabi because they are my team. I did train with them (Platinum) but not for long. I trained for two weeks, and I left them to go and check up on my family.

“The circumstances didn’t allow it. I am back here and happy. As a player, you need to focus on the field and forget things that happen in the boardroom,” he said.

He said having a top team in his home country calling on him to help them in a big tournament like the Champions League was the validation he had needed after his unsuccessful stint at Amakhosi.

“It gave me confidence because it reassured me that I am still a top player. I will now keep pushing here at Maccabi and see what happens in future. I need to keep working hard. When you play in the NFD you wish to play in the Premiership, and that is what I want too.”