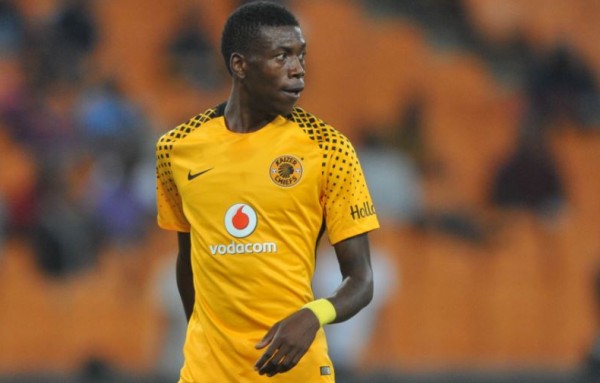 Two Zimbabwean players made debut appearance for their respective team in the ABSA Premiership over the weekend.

Mitchell Katsvairo who recently joined Free State Stars started in the first XI on Saturday in 2-0 defeat to Chippa United but was subbed off on the 73rd minute. Talent Chawapiwa also made his debut for Amazulu on Saturday in 1-0 victory over Cape Town City, coming in as a second-half substitution.

The 26-year-old joined Usuthu on a three-year-contract from Baroka FC.

It was also a great weekend for Kaizer Chiefs defender Teenage Hadebe who played in his first ever Soweto Derby when Kaizer Chiefs drew 1-1 with bitter rivals Orlando Pirates at FNB Stadium.

The 23-year-old missed the past derbies due to injuries after arriving at the club in August 2017.

Team-mate Khama Billiat had a relative better afternoon and gifted Chiefs with a penalty after he was fouled in the box a few moments into the second half. The kick was converted by Daniel Cardoso.

Amakhosi’s stand-in captain Willard Katsande started on the bench along with Pirates duo of Marshall Munetsi and Kudakwashe Mahachi.

Elsewhere, three players were on target and among them was Charlton Mashumba who scored his debut goal for Polokwane City in a 3-1 defeat to Maritzburg United. The striker moved to the Limpopo based side from Jomo Cosmos in January.

Rusike went first on the scoresheet with a header in the 27th minute to give United the lead. Mutizwa got his goal from the spot in the second half to reduce the deficit which had been doubled earlier on.

Rusike, however, did not finish the game as the forward picked up a knee injury in the 69th minute.