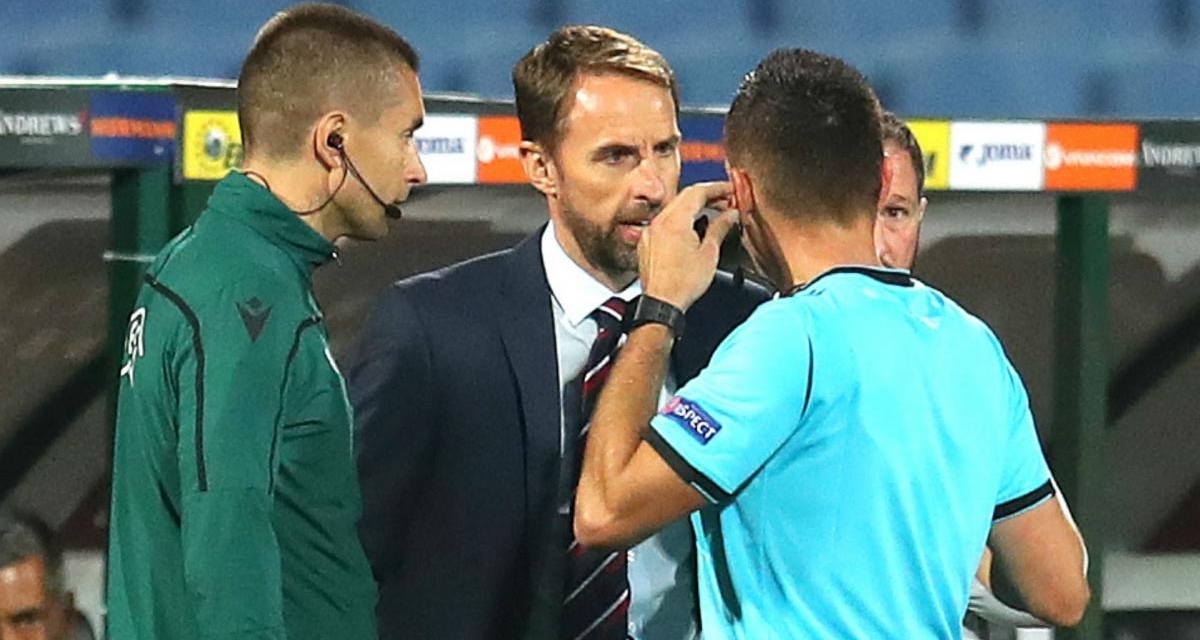 The EURO 2020 qualfier between hosts Bulgaria and England had to be stopped twice last night due to racist chants towards some of the English players.

Gary Southgate’s charges won the game 6-0 in Sofia but play had to be stopped twice before the interval due to racist chats aimed at Manchester City winger Raheem Sterling.

In fact, according to Spanish publication AS,  the stadium announcer had to apeal to the Bulgarian fans to stop the racist chants during an incident in which Sterling clashed with Bulgarian defender Wanderson over a crude tackle.

On the second incident, Southgate had to enter into a coversation with the fourth official over racist chants, leading to some Bulgrian fans being ejected out of the stadium.