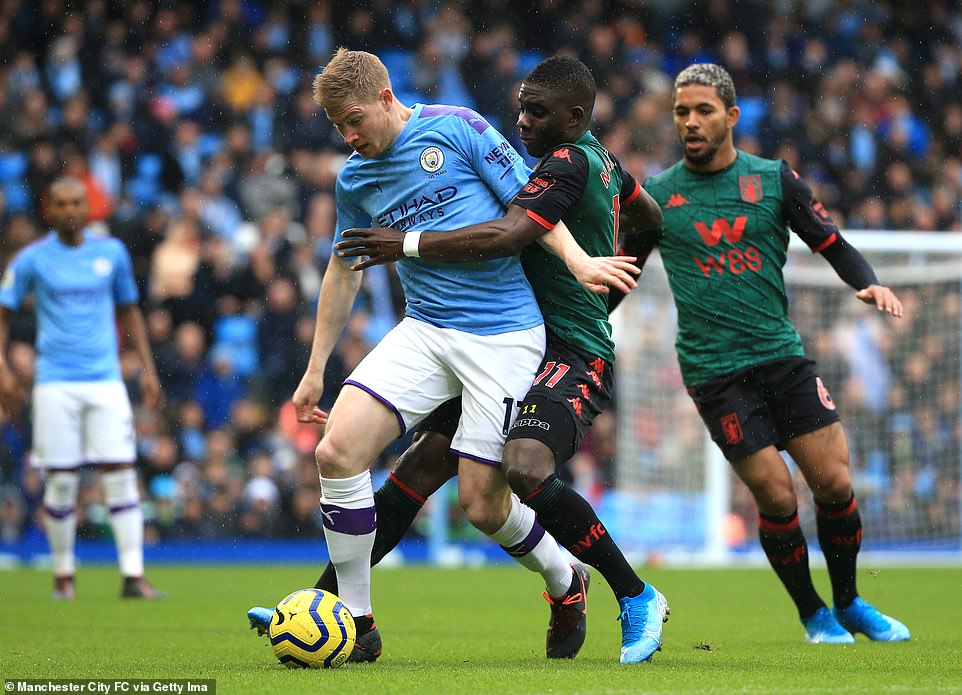 The Zimbabwean midfielder played the entire ninety minutes as his side lost 3-0 at Etihad Stadium.

Villa were tactically disciplined in the first period but slumped after the break as they went on to conceded three times.

Things took the nasty turn just seconds into the second half when Raheem Sterling broke the deadlock in City’s first attack after the interval. Kevin De Bruyne added another one on minute 65 before Ilkay Gundogan sealed the victory five minutes later.

Fernandinho received his second booking three minutes to full-time as Manchester finished the game with a man short.