Video: Referee gives Kaka yellow card in an exhibition match just to get a selfie with him 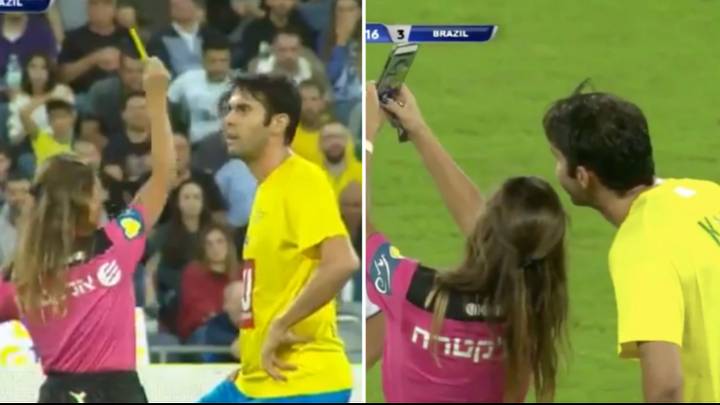 A female referee stopped an exhibition game between Brazil and Isreal legends played last week just to take a selfie with Kaka.

Lilach Asulin halted the play to caution the 2007 Ballon d’Or winner in the second half and immediately pulled her mobile phone from her pocket and posed for a selfie.

Kaka looked perplexed with the booking as he had not committed any offence.

Brazil won the exhibition match 4-2 with Kaka among the scorers on the day.

Other famous legends who played in the game include Ronaldinho, Bebeto, Roberto Carlos, Rivaldo, Cafu, Emerson, and Cesar Sampaio.