Former Warriors coach Calisto Pasuwa could write another piece of history in his career today in the Malawian Super League.

The 49-year old is just ninety minutes away from completing back-to-back league triumphs in less than fifteen months.

Pasuwa’s Big Bullets are leading the title race and need a victory against city rivals TN Stars in their final game of the season. The team has 67 points, one ahead of second-placed BE Forward Wonderers.

Today’s victory, if achieved, would see the Zimbabwean gaffer reaching the success he last enjoyed during his time in the Castle Lager Premier Soccer League five years ago when he defended the title with Dynamos.

Kick-off for the match is 14:30 Zimbabwean time. 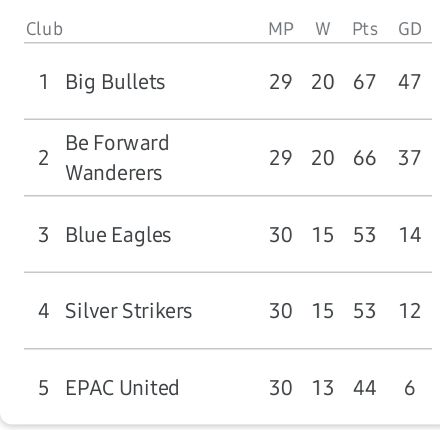