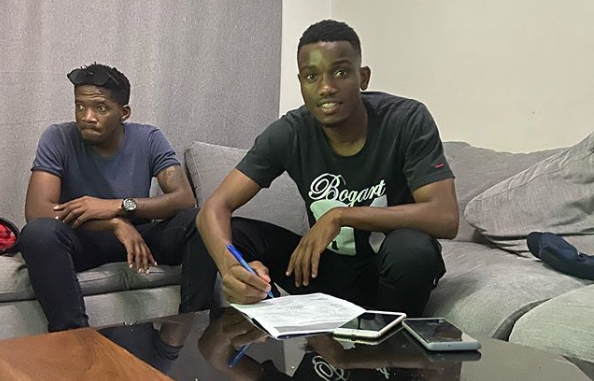 Ovidy Karuru has signed a contract with a new club, a day after AmaZulu announced the termination of his contract.

The midfielder confirmed on Instagram the new deal but didn’t reveal the name of his new team.

But reports are suggesting that he has signed with ABSA Premiership side Stellenbosch.

He said: “Done deal! When another door closes, God opens a bigger one. Watch the news (sic).”

Meanwhile, the reason for Karuru’s departure at Usuthu was not disclosed, but the club says it was a mutual decision to terminate the contract which was set to expire at the end of the season.

The 30-year old played nine games across all competitions this season, starting in the first XI eight times. His last match was the goalless league draw against Maritzburg United at the start of the month.