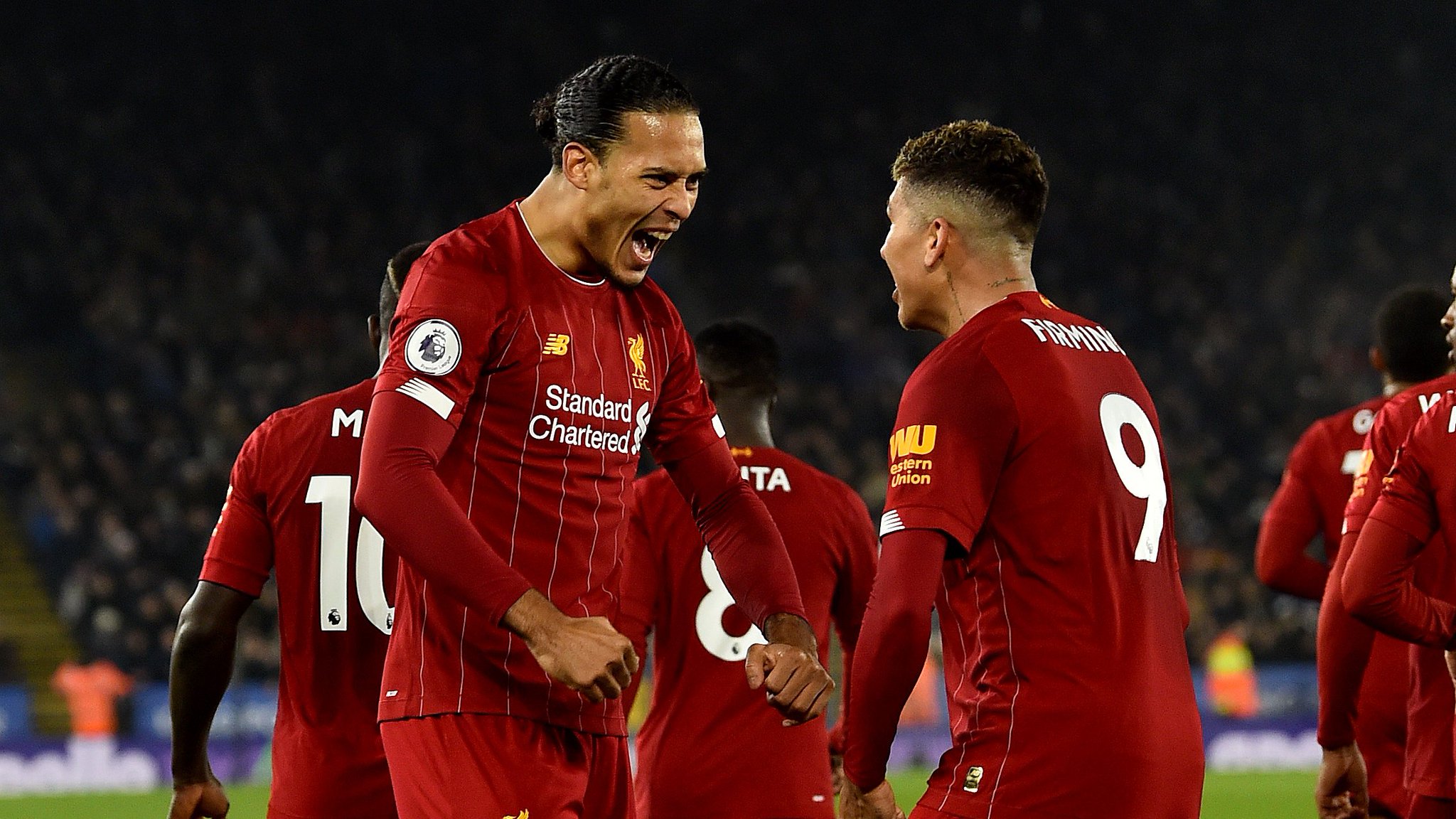 Table-topping Liverpool delivered a perfect Boxing Day present to their fans when they massacred second-placed Leicester City 4-0 at the King Power Stadium on Thursday night.

Fresh from winning the FIFA Club World Cup in Qatar, Jurgen Klopp’s well-oiled machine arrived at the King Power knowing that they were not only facing a dangerous Jarmie Vardy-powered Foxes, but also one of the biggest threats to their title charge.

Roberto Firmino thrust them ahead in the first half, when his brilliant header off a Trent Alexander-Arnold beat Kasper Schmeichel. That goal was the difference between the two sides at the interval.

James Milner doubled the Reds’ advantage in the 71st minute when he fired home from the penalty spot after  Çağlar Söyüncü was adjudged to have handled in the area.

Alexander-Arnold and Firmino combined again for Liverpool’s third minutes later, with the latter getting his brace, which was the Reds’ 500th goal under Jurgen Klopp in all competitions.

Alexander-Arnold capped off a fine man-of-the-match display when he completed the scoring in the 78th minute, a clinical finish into the bottom corner.

Liverpool are now 13 points ahead of second-placed Leicester, even though they have played one game less.