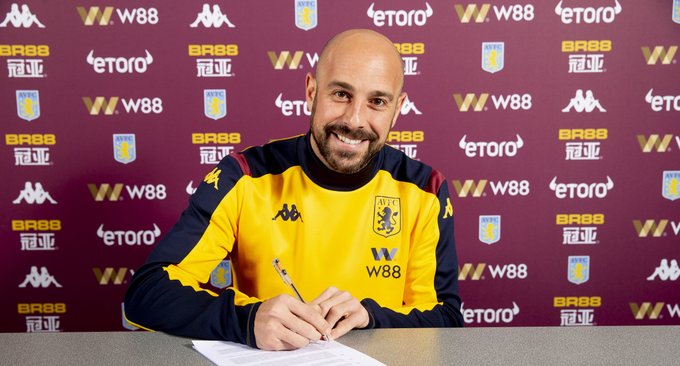 The former Liverpool goalkeeper will spend the remaining part of the season at Villa.

The club confirmed the deal on Monday night.

“We are delighted to confirm the arrival of vastly experienced goalkeeper Pepe Reina on loan until the end of the season,” reads the statement by the club.

Coach Dean Smith was forced to bring in another keeper after first choice Tom Heaton suffered a long-term injury.

Reina, 37, had played just once this season for AC Milan, in the 2-1 Serie A win away to Genoa, sitting behind Gianluigi Donnarumma in the pecking order.