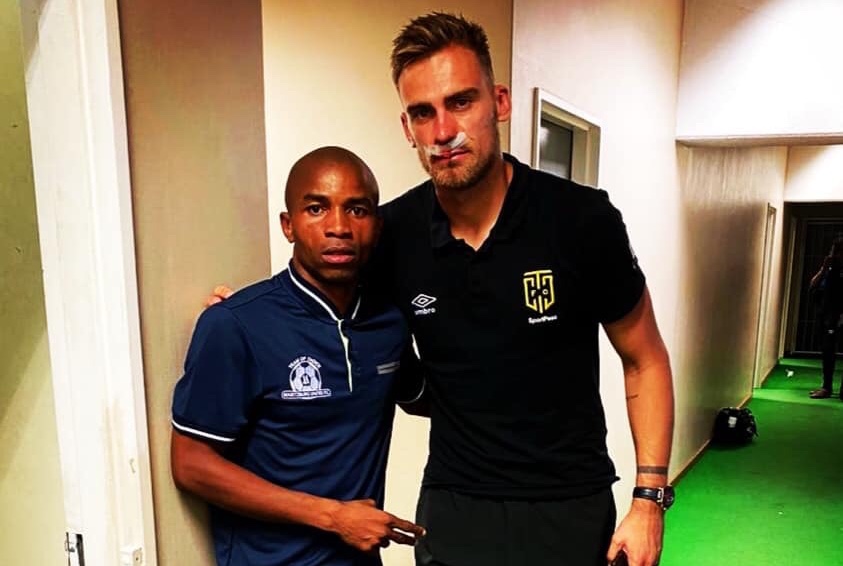 Zimbabwean winger Gabriel Nyoni has issued an emotionally uplifting apology to Cape Town City goalkeeper Peter Leeuwenburg after last night’s incident which resulted in the former Highlanders man being sent off and the shot-stopper being stretched off.

The incident occurred during the first half of Maritzburg  United’s 1-1 draw with City at the Harry Gwala Stadium.

An overhit pass sent Nyoni through on goal, Leeuwenburg reached the ball first but Nyoni’s momentum resulted in his left foot stepping on the goalkeeper’s face.

The speed merchant took to his Facebook page after the game to react to the unfortunate incident.

“I pray and wish Peter Leeuwenburgh a quick recovery. I apologize for the misjudgement i did on the pitch which led to his injury and am sorry that he couldn’t finish the match because of it. I also stretch my apologies to his family, friends and Club,” he wrote.