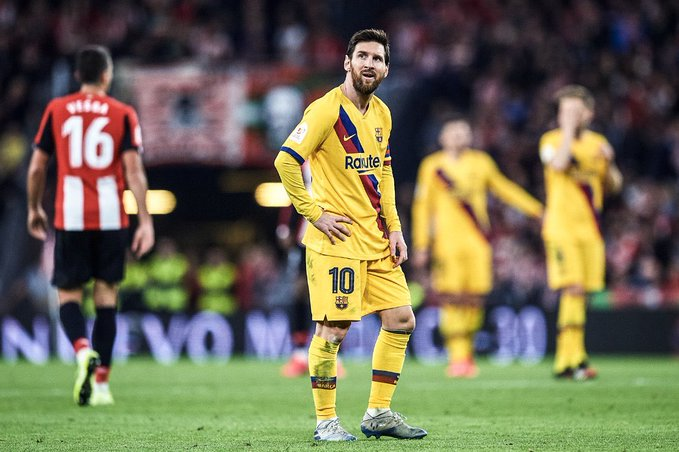 Speculation is rife in Spanish media that Barcelona star Lionel Messi could be on his way out of the club for reasons which go beyond his fallout with Sporting Director Eric Abidal.

The 32-year-old Argentine ace was incensed by Abidal’s comments in an interview with Catalunia-based publication Sport in which he (Abidal) criticized ‘some’ Barcelona players’ ‘work ethic’ under sacked manager Ernesto Valverde.

Messi took to Instagram to denounce Abidal, ordering him give names of the players but the recent revelations that the 6-time World Player-of-the Year could end his over two decade marriage with the Spanish giants go beyond the fallout.

Suggestions are the entry point of Messi’s dissatisfaction with the Barcelona hierarchy can be traced back to their failure to lure Brazilian star Neymar back to Camp Nou last summer.

It is claimed that Messi wanted to reunite with Neymar, with whom he formed a dangerous attack at Barcelona which included Luis Suarez.

Also, Barca’s failure to find a replacement in the January transfer window for the injured Suarez also infuriated the Argentina captain.

The rift with Abidal, according to reports in Spain just but added fuel to an already blazing fire and Messi, who has a clause in his contract which allows him to leave at the end of the season, is said to be seriously considering it.

Additionally, if the words of club legend Lobo Carrasco, are anything to go by, then talks of Messi wanting to leave are not just “paper talk”.

“It’s the first time Messi has looked to me like he has one foot out of the door.” Carrasco told Spanish TV this week.