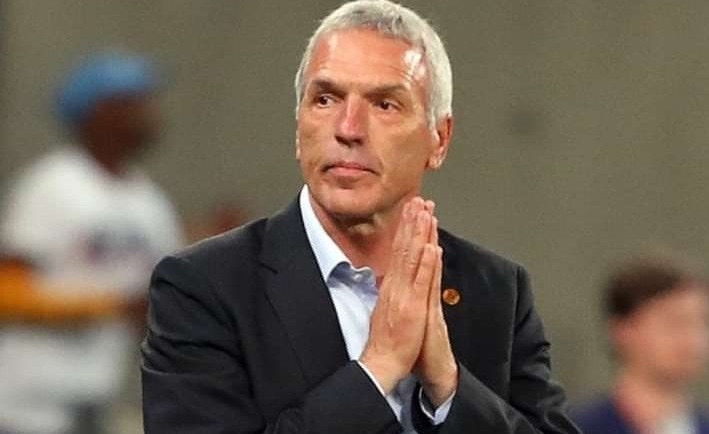 Billiat returned from the knock he sustained against Maritzburg United in December in Amakhosi’s 1-0 win over Royal Eagles in the Nedbank Cup over the weekend, much to the delight of the German.

“We are definitely very, very pleased to have Khama back into it, that was our intension with taking him out on December 22,” Middendorp told South African publication Kick Off.

“Taking him out for a long time – [now we’re into] February and he can now, looking into it, [start playing again]. As you have seen, he’s quick and fast, he has a good touch and he’s sprinting 100 percent.

“But on the other side, with being out for such a long time, and following a certain model [of recover] – we don’t want to overstretch him,” explained the German.