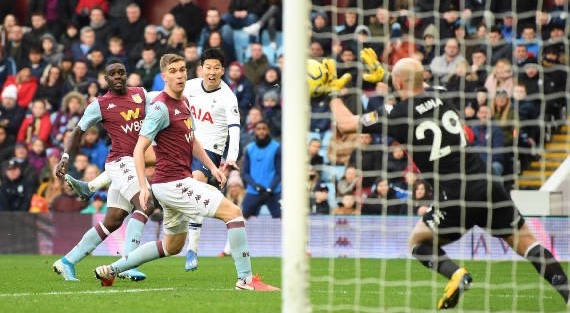 Zimbabwean midfielder has been praised for his brilliat defensive display after coming on in the second half in the 2-3 defeat to Tottenham Hotspur on Sunday.

The 26-year-old came on as a replacement for Danny Drinkwater on the hour mark and made some crucial blocks as Villa hang on while the game was still level at 2-2.

Writing for Birmingham Live, the club’s correspondent Ashley Preece, in the player ratings section, hailed the former Club Brugge man and suggested that he replaces Drinkwater in the starting eleven for the next league game against Southampton.

Did marvellous to put his body on the line to stop Bergwijn’s powerful, goal-bound volley. Made crucial blocks and looks sure to take Drinkwater’s place at Southampton next week,” wrote Preece.