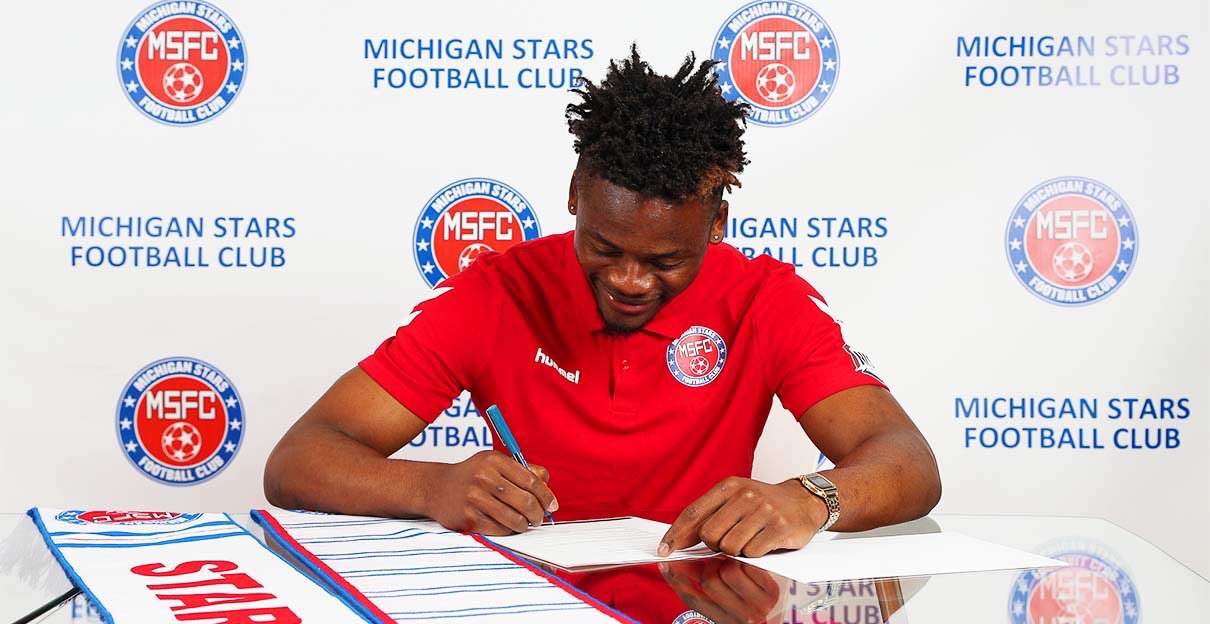 The former Dynamos goalkeeper will be part of the National Independent Soccer Association side for the upcoming campaign after representing them last season.

He took to his Twitter page to announce the development.

“God will put you where He wants you,even if no one thinks you deserve the position.I would like to thank George Juncaj,the  Juncaj family and the entire Michigan Stars family for the opportunity to showcase my talent. Looking forward for the upcoming NISA season,” he wrote.

Michigan Stars kick-start their campaign away to Carlifonia United Strikers on the 1st of March.