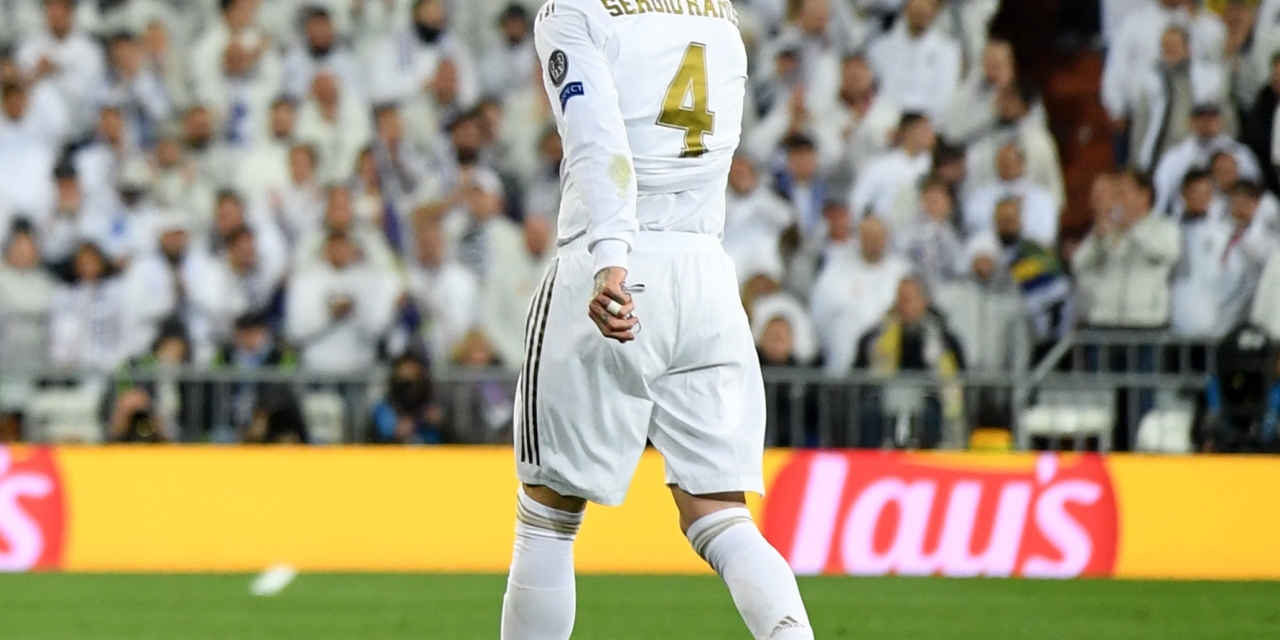 Real Madrid captain Sergio Ramos received a straight red for a professional foul on Gabriel Jesus as Manchester City beat Los Blancos 2-1 in a Champions League round of 16 clash at the Santiago Bernabeu on Wednesday.

Pep Guardiola’s men were the better team in the first half and asked more questions at Real Madrid but their game plan was somewhat disturbed by an early injury-inspired change, Fernandino replacing the injured Aymeric Laporte.

Neither team could break the deadlock and it was goalless at the break.

Against the run of play on the hour mark after the restart, Isco trust Zinadine Zidane’s men ahead, cooly finishing from a Vinicius assist.

Gabriel Jesus restored parity for City shortly after, leaping over Ramos to nod home a precious away goal for City.

City were awarded a penalty when Dani Carvajal brought down substitute Raheem Sterling, stand-in skipper Kevin De Bruyne sent Thibaut Courtois the wrong way to give the Citizens the lead..

Things would go from bad to worse for Madrid as Ramos was sent off for a foul on Jesus, meaning he will not feature in the return leg.