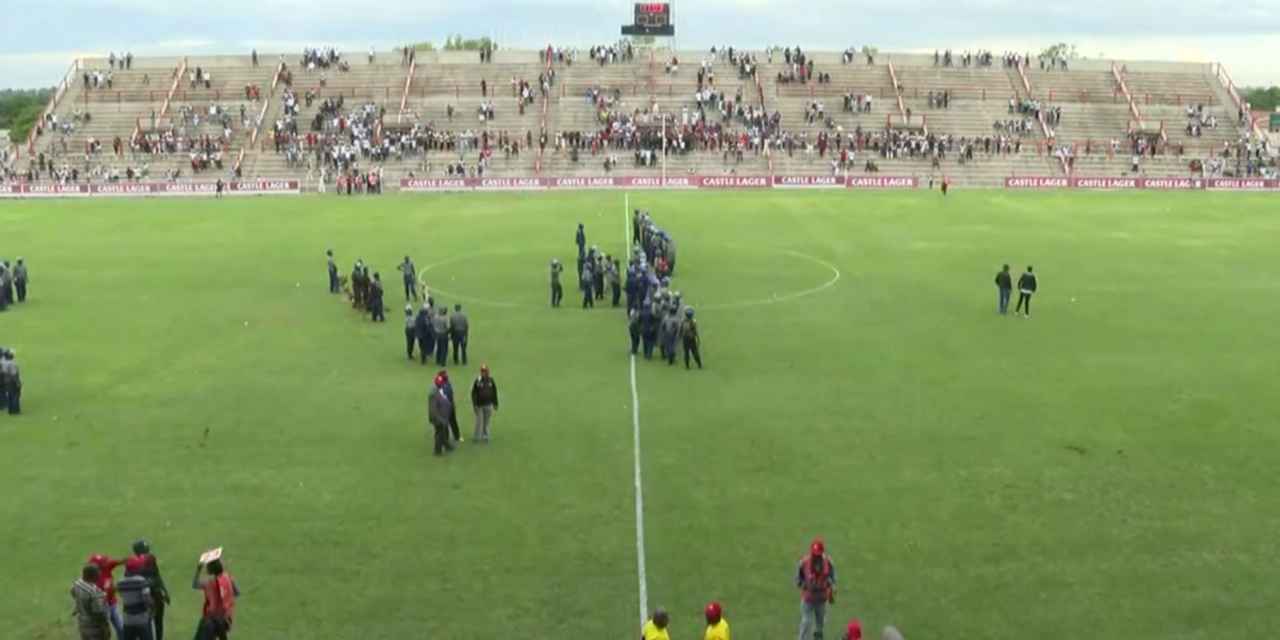 The Highlanders board had denounced the outrageous acts on violence witnessed at Babourfields Stadium in the Castle Challenge Cup defeat to FC Platinum on Saturday.

Bosso sucumbed to a Silas Songani first half brace in a 0-2 loss and their fans played cat and mouse with the police after throwing missles and ivanding the pitch, acts which have been rebuked by the club.

“Highlanders Football Club would like to express its absolute disgust about the pitch invasion and missile throwing incidents that transpired on Saturday the 14th of March, during the Castle Challenge Cup match played against FC Platinum at Barbourfields Stadium,”

“The ugly incidents that marred a potentially good sporting event reflect badly on our football, Highlanders FC as a brand and various stakeholders involved in this beautiful game.  We would like to urge all football loving fans to refrain from such acts of hooliganism that stunt the growth of the sport as they scare away potential sponsors and partners,”

“As Highlanders F.C, we want to take this opportunity to apologise to all stakeholders who were affected by the incidents, and give an assurance that as a club, we are working tirelessly to decontaminate our football of this vice. With the assistance of key actors in the game, we will look into how we can better our security and crowd control skills for future football events,”

“The club also notes with gratefulness the amount of work that the Government of Zimbabwe, Bulawayo City Council and other stakeholders involved have done in uplifting Barbourfields stadium generally and particularly the playing pitch, which was in pristine condition for the match. Thus, the lifting and throwing of watering pipes that were stored between the touch line advertising space and the Soweto stand perimeter fence by violent fans is uncalled for, and stand unequivocally condemned by the club,”

“Violence has no place in football. Football is a family sport, and the stadium should provide a conducive environment for football loving people to bring their families,” read the statement issued by the club.