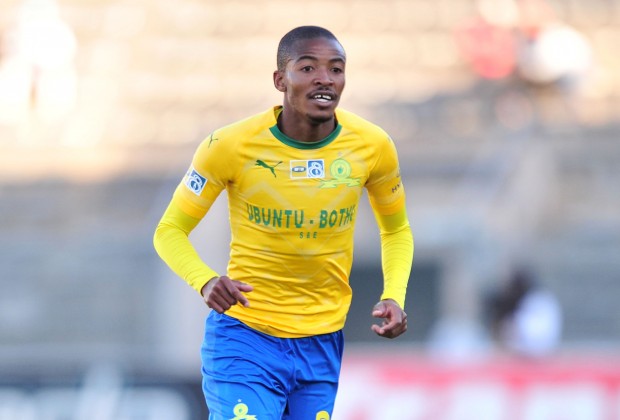 The 26-year old sustained a ligament damage and a fracture on his right ankle in February during a Nedbank Cup Last 16 match against SuperSport United. He is no longer wearing a plaster cast and has since started light exercises.

“This is the most important part the recovery process. You can have a good operation but if you don’t have good rehabilitation‚ you may never come back‚” Tabane told Sowetan newspaper.

“I know that he is a strong boy mentally and he is in a good head space‚ which is important after a bad injury like this.

“He is seven weeks post operation but the positive step is that his cast was removed last week‚ and he has started with the rehabilitation process.

“We have given him a programme and he knows that he is not supposed to put weight on the leg.

“He will be working on strengthening the muscles and also doing mobility exercises. We have a group of physiotherapists‚ fitness trainers and masseurs who have given him a programme to follow.”

The team doctor also supplied information on other injured players in the Sundowns squad.

“We have players like Sibusiso Vilakazi and Oupa Manyisa who have fully recovered from similar injuries and they have been speaking to him.

“They played a crucial role in giving him some sort of counseling and assuring him that he will recover.

“Villa (Vilakazi)‚ whose injury was also bad‚ is back playing and it is the same with Oupa who is doing full training after their long injuries.

“These types of Injuries take time to heal but it is our duty as the medical team to offer a player necessary support they need to make a comeback,” he added.