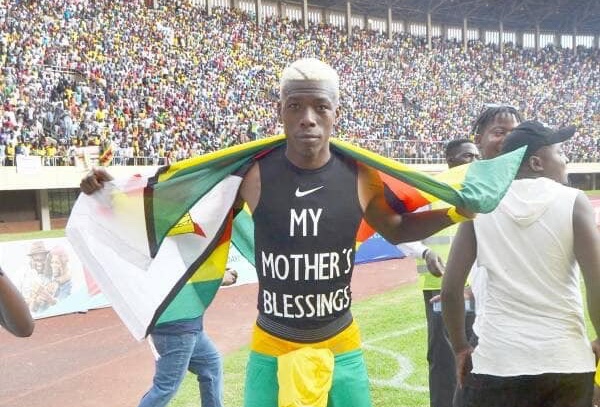 It is pick hour in the Central Business District and most people are getting ready to go home. For some nonetheless, their day is about to begin.

Football fans tussle for precious tickets to watch the senior men’s national soccer team, the Warriors, lock horns with the Zebras of Botswana in an AFCON 2021 qualifier at the National Sports Stadium leter that evening.

The commition and tussle on the queues at one of the acredited shops selling those tickets at Eastgate Mall portrays a vivid picture of no one wanting to miss that clash. They are about to brave the rains in the capital just to watch Knowledge Musona and company do what they know best.

That was the atmosphere in the CBD on the 15th of November 2019, ahead on the Warriors-Zebra clash, which was to kick off at 18:00hrs.

The level at which Zimbabwean football fans love and look up to the national team can never be explained by words, equally so how much the players are adored.

Prior to that Botswana clash, in September, when Zimbabwe hosted Somalia in a World Cup qualifier preliminary round match, Warriors fans showered stand-in skipper Alec Mudimu with bond notes and that gesture, for a player who back then was playing in the Welsh League and most likely earning hundreds of British pounds, is priceless, and also mirrors the affection Zimbabweans have for their players.

Regrettably, not even the the end of Coronavirus will ensure that fans interact with the Warriors, as no international match can be hosted in the country owing to the stadium ban imposed by CAF.

As announced by ZIFA today, not even the March inspection could salvage the situation.