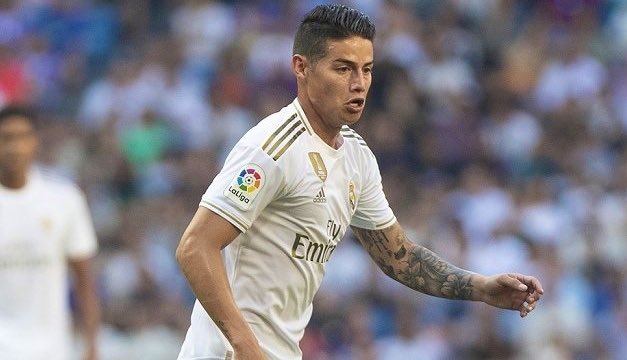 Colombian playmaker James Rodriguez is set to leave Real Madrid after 5 years of mixed fortunes at the Spanish giants.

The 28-year-old arrived at the Santiago Bernabeu from French Ligue 1 side Monaco in July 2014 after  a watershed Word Cup campaign in which he was the Golden Boot winner and also had an impressive debut season but the departure of Italian coach Carlo Ancelotti changed things for him.

He was loaned at German champions Baryen Munich for two seasons and Ancelotti, who is now at the helm of English Premier League side Everton, reportedly wants a reunion with the Colombian skipper.

The Toffees face competition for his signature from Arsenal and Wolves, according to reports coming through from England.

Rodriguez has only made 13 appearances in an injury-affected campaign for Los Blancos this season.