Messi can even play up to 39 years of age: Xavi 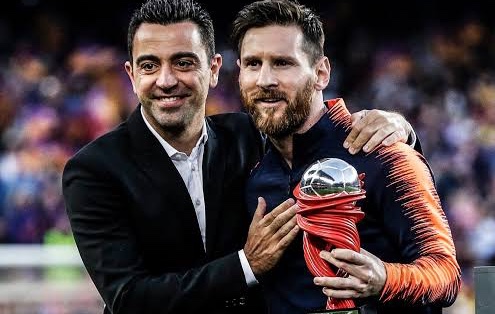 Legendary former Spain and Barcelona midfield ace Xavi Hernandez believes former teammate, Argentine superstar Lionel Messi, is not retiring any time soon and can play even up to 39 years of age.

The 2010 World Cup winnner was speaking in the wake of suggestions that Messi, who turns 33 next month, might hang his boots in the next few years to come, a theory which Xaxi rubbished pointing fingers to the next FIFA World Cup; Qatar 2022.

“He’s still got five or seven very good years left in him,” Xavi told ex-Barcelona striker Samuel Eto’o during an Instagram Live video, as cited by the Daily Mail.