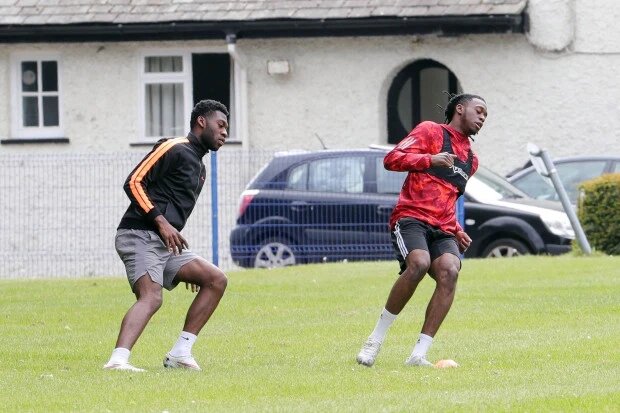 Manchester duo of Aaron Wan-Bissaka and Timothy Fosu-Mensah were reportedly asked to end their training at a private school’s pitch and leave the facility.

According to The Sun newspaper, Wan-Bissaka and Fosu-Mensah were training together at Saint Ambrose College in Cheshire.

The two wanted to take advantage of the relaxation of the lockdown regulations but they contravened the guideline which doesn’t allow one to go outside with another person who is not from the same household.

The defenders were then told by college staff to leave because they did not have permission to be there.

The publication adds the pair practised social distancing rules by maintaining the required two-metre gap at all times before the interruption.

Meanwhile, Premier League players are expected to return to training this month while adhering to new health and safety guidelines.

The UK government on Monday announced that the season can resume from June 1 but behind closed doors.