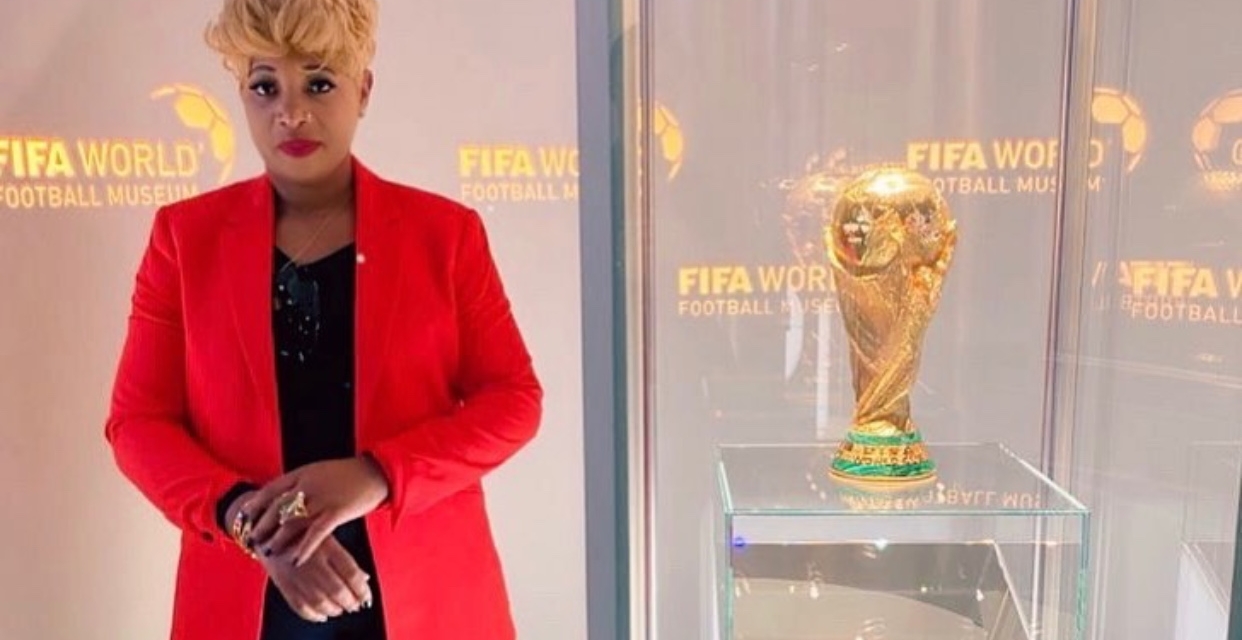 To her, football isn’t just a sport, it’s a way of life.

She has made it with flying colors in a male dominated industry. One can require a breather at some point in counting all that she has achieved in the game.

United Kingdom-based Zimbabwean football intermediary Ellen Chiwenga, the only female FIFA match agent in the world and one of the advisors for the governing body’s Ethics and Regulations Watch, has finally decided that her wealth of experience in the  administration of the sport benefits the local game.

The decorated agent has already made it public that she has her sight on the ZIFA presidency, which will be contested in December 2022.

Her ambition to take over the reigns at 53 Livingstone Avenue was welcomed with open arms by many and she admits that gives her an incentive for action.

“It came as a great source of motivation, and I would like to thank all the people who posted wonderful messages of support. The ZIFA presidency remains an empty shell until you implement new initiatives that drive positive change for people. And truth is, you can only carry out those actions with the support and help of local communities,” she said in an interview with Soccer24.

Chiwenga says what inspired her to pursue the leadership of ZIFA is how she sees football changing lives in Europe and she wishes to see the Zimbabwean game taking a similar direction.

“I love football because it has the incredible power to change lives and inspire a better future in young boys and girls. I can see every day in Europe how football creates jobs and new opportunities for thousands of people.”

“I would like Zimbabwe to start tapping in the many social and economic opportunities that the beautiful game offers to all, not just the very few. Driving positive change for Zimbabwe and our people through football, this is what really motivates me to go on,” she said.

Only two women in the history of the sport in Africa have been elected to lead a national association; Lydia Nsekera and Isha Johansen of Burundi and Sierra Leone Football Associations respectively but Chiwenga insists results mater, not the occupational stereotypes involved.

“We need to make sure that women get equal opportunities to work in sports and football. But ultimately, whether a man or a woman is chosen, results are what matter. The most pressing issue in this election is not a question of gender, it is to make sure that we initiate the rebirth of football in Zimbabwe,” Chiwenga said.

Whoever takes over at ZIFA faces an uphill battle to overhaul the association’s blattered reputation after years of chaos and allegations of mismanagement on the part of past administrations but Chiwenga mantains it is an adventure which will take time but eventually produce results.

“It is a long journey and it will take time, which means that we have to apply different solutions from the past ones in order to accelerate our progress.”

“At the same time, we should not forget that Zimbabwe has recently produced some great players like Nakamba (Aston Villa), Munetsi (Reims), or Kadewere (Lyon). There is a lot of raw talent to nurture in the country, and this is very positive for the future. More than funding, what Zimbabwe needs to become a football superpower is a long-term vision and the determination to stick to it,” explained Chiwenga.

The 2022 poll will most like see incumbent Felton Kamambo seeking re-election but of particular interest is the public announcement made by former Warriors and CAPS United star Alois Bunjira that he also wishes to contest. Chiwenga though asserts that it’s an election, not a war and only football should win.

“Alois Bunjira was a great footballer and I have a lot of respect for him and his career in the local league, in South Africa, and for the national team. Choice is the privilege of democracies, so it is always positive to have other candidates.”

“In a capitalist economy, it is competition that drives innovation, which increase productivity and ultimately the wealth of a nation. Whatever the outcome, football has to be the winner of this election,” she said.