Explained: Why CAPS United team bus was loaded with maize 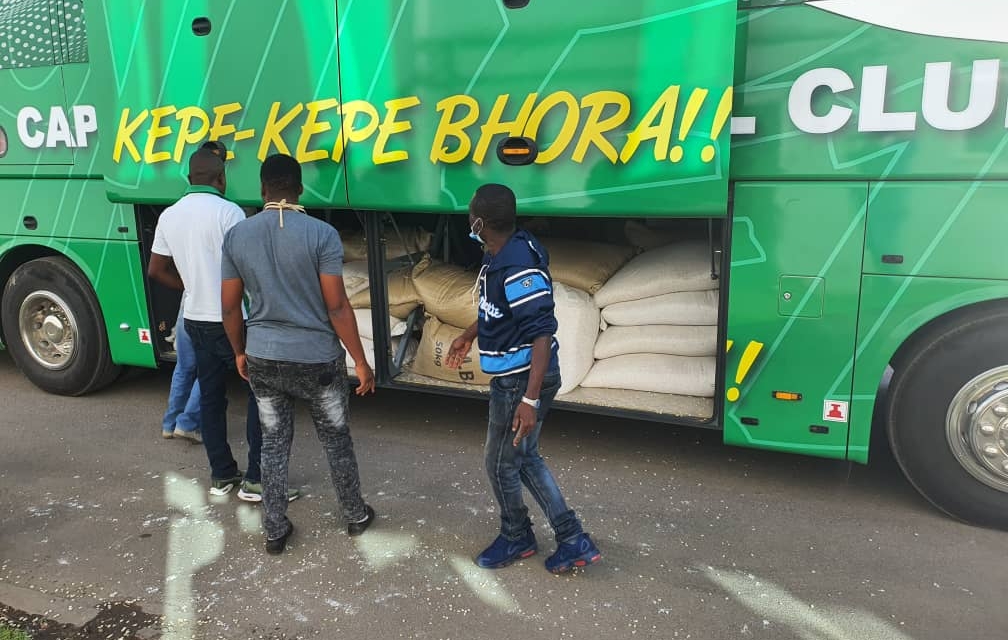 A picture of CAPS United’s team bus, loaded with bags of maize, went viral on Thursday and stirred controversy on social media.

The Green Machine received the luxury coach last year from their former player Nyasha Mushekwi as a token of appreciation to the club’s contribution in shaping his career but only started using it in February after finishing all the paperwork with Zimra.

In the picture, CAPS officials are seen loading 50kg sacks of maize in the boot and several people questioned why the club was using the US$200 000 bus for such purposes.

The image has now been explained, and according to the Herald, the maize was to be distributed to the club’s players and staff to cushion themselves during this lockdown.

Each player and official was given a 50kg bag of maize and other goodies.

Makepekepe are one of the clubs who have been hit hardest following the withdrawal of their principal sponsors, NetOne.