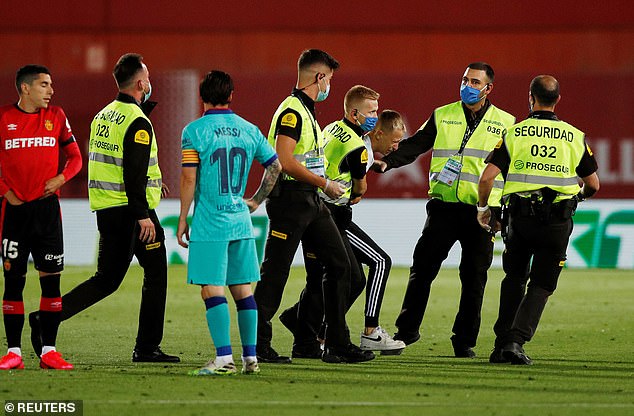 La Liga has confirmed that it will take legal action against a fan who invaded the pitch during Barcelona’s match against Real Mallorca on Saturday.

The game was played behind closed doors due to coronavirus pandemic but a man, wearing Leo Messi’s Argentina number 10 shirt, stormed onto the pitch early in the second half to take pictures with Barca stars before security caught him.

The invader was not wearing either a mask or gloves.

In a statement, the league said: “LaLiga will file criminal actions against the invader who entered the pitch without permission and broke the protocols established in current health legislation and disobeyed the orders of private security personnel. His actions constitute a crime.”

Meanwhile, Real Mallorca have said they were investigating how the fan had got into the stadium.