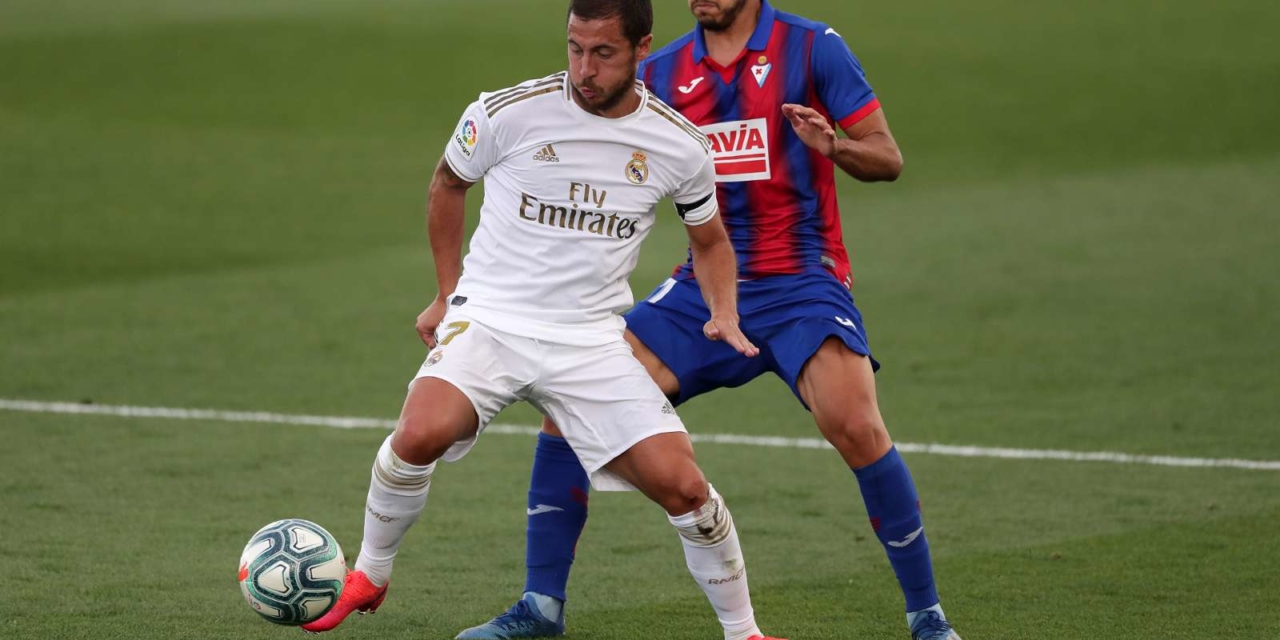 Real Madrid coach Zinedine Zidane says Eden Hazard is fine after the forward suffered an injury “scare” in 3-1 victory over Eibar on Sunday.

The Belgian international was subbed off just after the hour and was seen with an ice pack on the ankle he fractured in February. He was set to miss several matches in the remaining part of the season due to the injury but the coronavirus break gave him time to recover.

“We knew Hazard would lack a little sharpness if he played the whole game,” Zidane said after the game.

“He played for an hour, and played well, and he took a hit, which will do him good.

“He’s had a knock, a scare, but that’s football. He said he was fine at the break, that he was glad he had been hit and wasn’t afraid. He’s happy with what he did and we’re happy, also.”

Hazard assisted Sergio Ramos for Real’s second goal and played a key role in Marcelo’s third. Toni Kroos netted the other goal while Eibar got their consolation from Pedro Bigas.