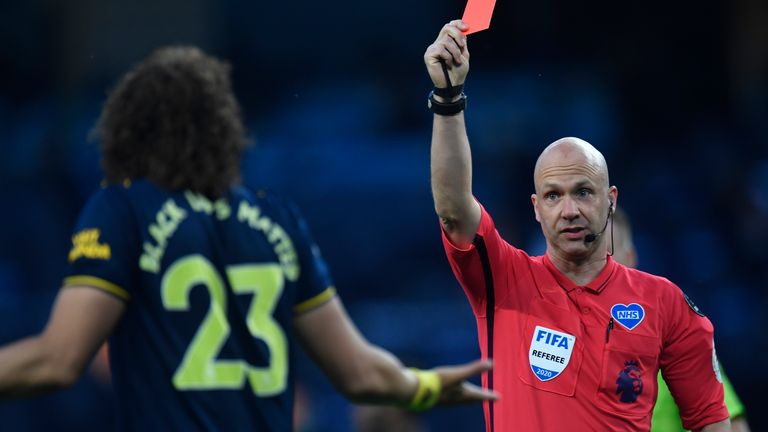 David Luiz has blamed himself for Arsenal’s 3-0 at Manchester City on Wednesday.

The centre-back made a defensive blunder that led to Raheem Sterling’s opener on the stroke of half-time before he was sent off for hauling down Riyad Mahrez inside the penalty area four minutes into the second half.

“It’s not the team’s fault, it was my fault,” he said after the game. “Today I think the team did well, especially with 10 men, the coach is amazing, the players did amazing, it’s just my fault.”

The 33-year-old’s contract at London-based club is also set to expire in the coming weeks and the player insists he wants to extend his stay.

“I took the decision to play, I should have taken another decision in the last two months, but I didn’t. It was all about my contract, whether I stay or not. I have 14 days to be here, and that’s it. Today was my fault.

“I don’t want to use it as an alibi or an excuse, but it’s my fault and that’s it.

“I want to stay, the coach knows, he wants me to stay, and we are just waiting for the decisions,” he added.