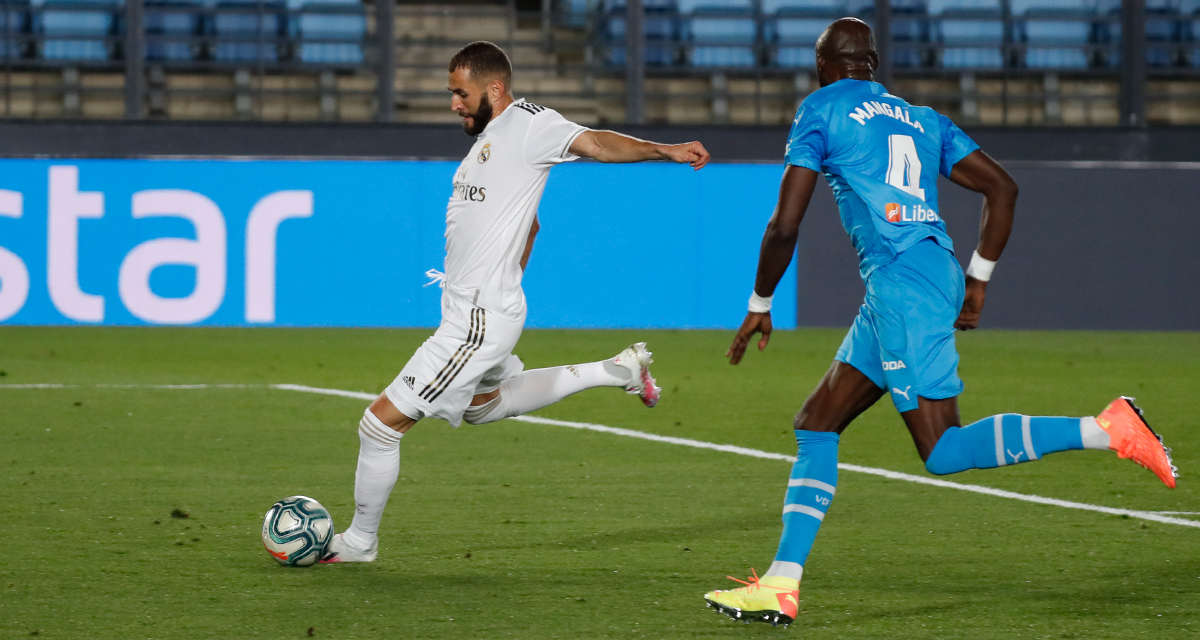 Karim Benzema scored twice in the second half as title-chasing Real Madrid overcame Valencia 3-0 in a LaLiga clash played at the Alfredo Di Stefano on Thursday.

Zinedine Zidane’s charges needed to respond to log leaders Barcelona’s 2-0 win over Leganes on Tuesday which saw the Catalan giants opening a 5 point gap at the summit of the Spanish top division.

They (Madrid) struggled to break down an organised Valencia defence in the first half, with Eden Hazard denied by Valencia goalkeeper Jasper Cillessen from close range in the 11th minute.

Valencia thought they had taken the lead moments later when Rodrigo Moreno netted but VAR disallowed his strike citing offside in the building.

Neither side could break the deadlock in the first half.

Madrid took the lead after the restart, Eden Hazard setting up Benzema to find the bottom corner on the hour mark.

Substitute Marco Asensio, who was making his first appearance since the horrific injury in pre-season, scored with his first touch, connecting from a Ferland Mendy cross.

Asensio then turned from scorer to provider, setting up Benzema for a goal of the season contender, the Frenchman finding the top corner with four minutes of regulation time left.

Real move back to within two points of table-toppers Barcelona, who travel to Servilla on Friday.