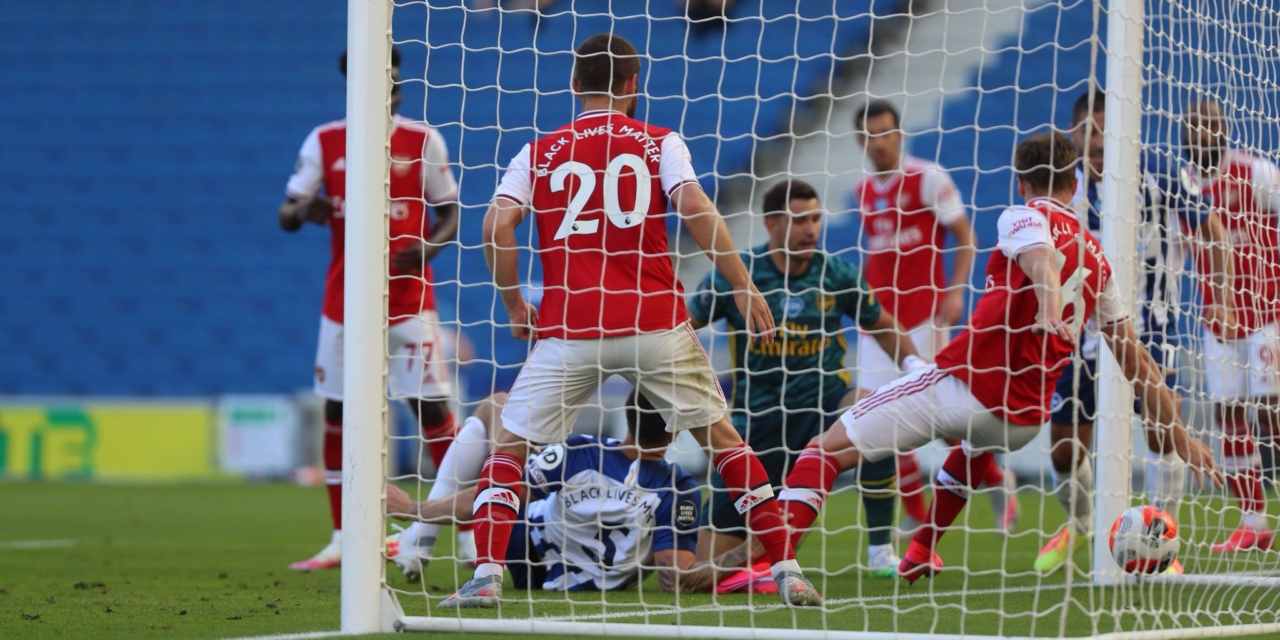 Arsenal’s woes continue after they were beaten 2-1 by Brighton and Have Albion in the Premier Leaue at the Amex Stadium on Saturday.

Mikel Arteta’s charges were seeking to bounce back from Wednesday’s humiliating defeat to Manchester City and looked to be heaaded for that when Nicholas Pepe thrust them ahead in the 68th minute.

Brighton skipper Lewis Dunk levelled matters moments later when he got the final touch in a goal mouth scramble and fumbled the ball over the line.

With the game seemingly headed for a draw, Neal Maupay scored with virtually the last kick of the game to pile more misery on the Gunners.

Arsenal goalkeeper Bernd Leno was stretchered off after sustaining a nasty knee injury in a challenge with Maupay, with the keeper not happy at all with the Brighton man, pointing a finger at him while leaving the pitch on a stretcher.

This is Brighton’s first Premier League victory of 2020 after having gone for 9 games without success and first league double over Arsenal.