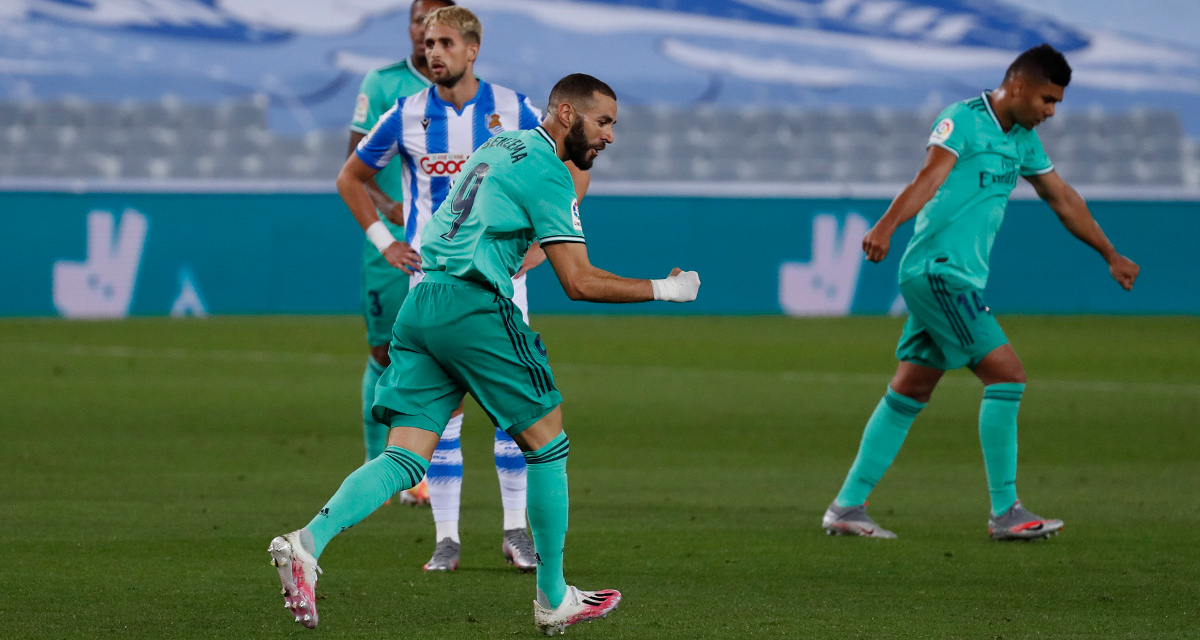 Real Madrid’s search for a first LaLiga title in 3 years took a step in the right direction after they brushed aside Real Sociead on Sunday to dislodge rivals Barcelona from the top of the table.

Zinedine Zidane’s charges came into the encounter knowing that a win would guarantee them top spot following Barca’s goalless draw at Sevilla but struggled to break down a resolute Sociedad defence in the first half, 0-0 at half time.

Five minutes after the restart, Madrid were awarded a penalty after Brazilian teenager Vinicius was brought down in the box following a brilliant run. Captain Sergio Ramos coolly-converted from 12 yards out to hand his side a precious lead.

Ramos would be replaced minutes after opening the scoring after a collision with Sociedad’s Alexander Isak.

Karim Benzema doubled Madrid’s lead on 72 minutes, connecting from a Fede Valverde cross to slot home. Video Assistant Referee (VAR) was summoned to check the possibility of handball in the build up but the goal stood.

Mikel Moreno pulled one back for the hosts to ensure a nervy finish late on but it proved to be just a consolation as Los Blancos held on for the win to go top of the table.

The two giants (Real and Barcelona) are both on 65 points but the superior head to head rule in the Spanish top flight favors Madrid, who beat their arch rivals in the latest installment of Elclasico at the Bernabeu after having drawn the first one at Camp Nou.