Klopp is Shankly ‘reincarnated in a German body’, says Grobbelaar 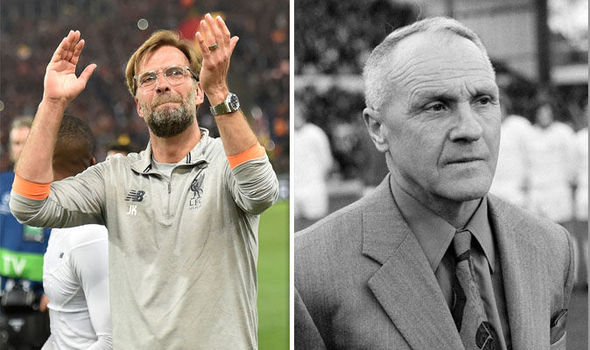 Klopp managed to steer the Reds to their first league triumph in thirty years last week after Manchester City fell to a 2-1 loss at Chelsea on Thursday.

The title is the gaffer’s fourth trophy since arriving at Anfield in 2015, having also won the Champions League, UEFA Super Cup and FIFA Club World Cup.

And according to Grobbelaar, the German resembles the qualities of Anfield legend Shankly who guided Liverpool into the top-flight league in 1961-62 and went on to lift three championships, two FA Cups and the UEFA Cup during his 15 years in charge.

The ex-Warriors keeper told BBC: “Klopp is one of those managers who will go down in history. I’ve likened him to a Shankly reincarnation in a German body.

“He got everybody together in case we did lift the title. He is a charismatic chap, he’s just brilliant.

“He gets the fans. For him to get all the players together, they probably had a few drinks which he doesn’t like during the season.”