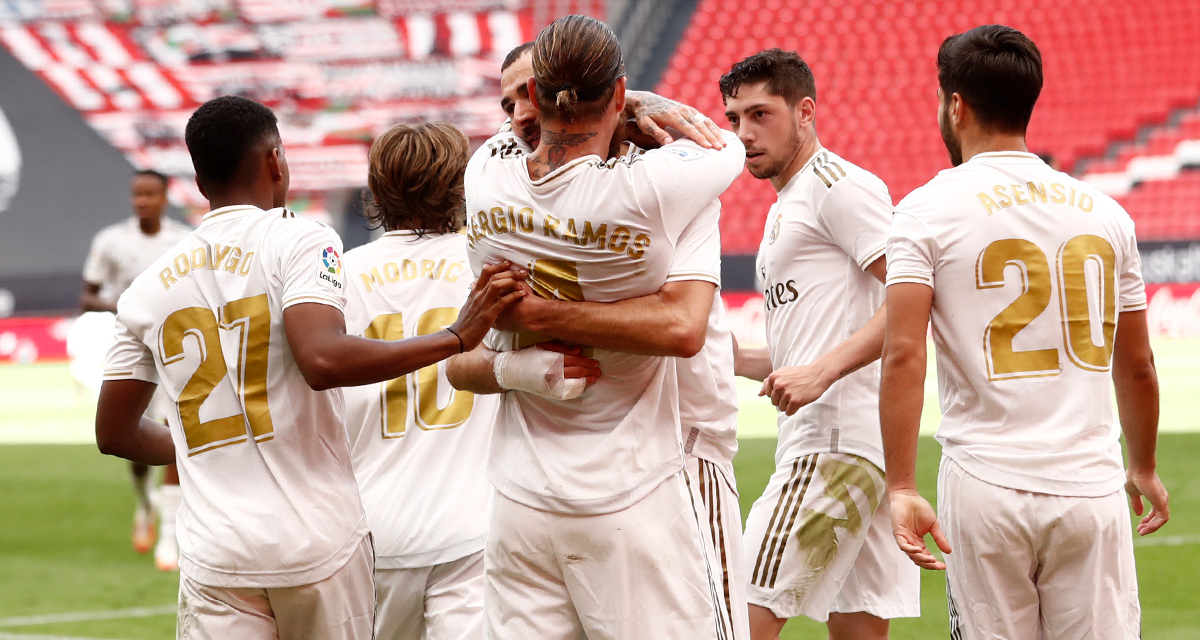 Real Madrid are now seven points at the top of LaLiga following their 1-0 win over Athletic Bilbao on Sunday.

Captain Sergio Ramos’ second half penalty was all Madrid needed to extend their lead at the top of the table to seven points.

Karim Benzema nearly thrust Madrid ahead in the fifth minute but could not convert after being set up by Dani Carvajal.

Bilbao had a few decent opportunities after that but a combination of resolute defending by Brazilian defender Eder Militao and good saves by goalkeeper Thibaut Curtois kept the scoreline goalless until the half time break.

The second half had very little in terms of goal mouth action but Zidane’s charges had a golden chance to take the lead when they were awarded a penalty in the 70th through VAR after Dani Garcia brought down Marcelo in the Bilbao box.

Ramos stepped up and converted from twelve yards, his tenth goal of the season.