22 not out: Mpengesi appoints yet another coach at Chippa United 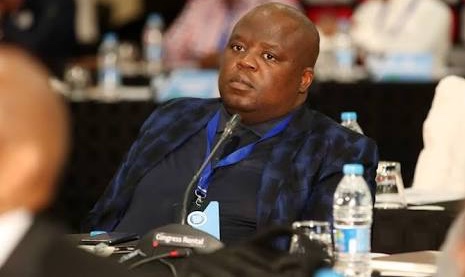 In a dramatic fashion, Seema resigned at Bloemfontein Celtic this morning and was confirmed minutes later as the new Chilli Boys head coach.

The 40-year-old is the 22nd coach to be appointed Chippa manager since the club was promoted to the ABSA Premiership in 2014.

He has replaced Rhulani Mokwena, to whom Mpengesi was referring when he claimed that the club was done with ‘old school’ coaches- a remark which some interpreted to have been a swipe at Mokwena’s predecessor Norman Mapeza.

Mapeza did a remarkable job at the Port Elizabeth-based side, after arriving at a time when they were bottom-placed and clearly out of sorts.

He steered them to safety and was in charge of 19 games, winning eight, drawing three and losing on eight occasions (Four of those 19 matches were cup games).

When the Zimbabwean coach resigned under unclear circumstances in March, he was replaced by Mokwena, who only took charge of one game before the Covid-19 crisis brought football to a halt and parted ways with them last month.