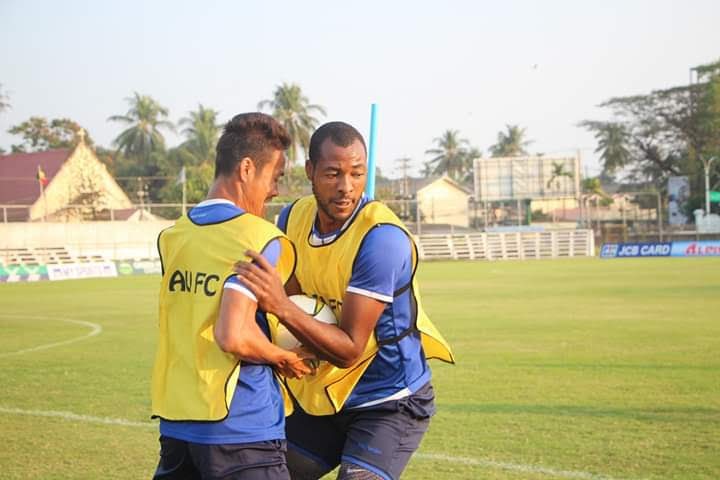 Myanmar-based Zimbabwean defender Victor Kamhuka has refuted claims by a local newspaper that he demanded being drafted into the Warriors fold.

A local publication (name withheld) alleges that the  former Dynamos defender, who is on the ranks of Ayeyawady United in the Mynmar league, requested to be called for national duty.

He however says representing the country is every player’s dream and he is no exeption but insists if it is to happen, it has to be happen on merit, not because he demands so.

“I never demanded to be callled to the Warriors squad, they obviously put words in my mouth. A national team call up is based on merrit it’s not something that you just wake up and I say i want, you have to work for it and your hard work will earn you one,” he said in an interview with Soccer24 from his base in Yangon.

“The right way (for one to be considered for national duty) is to perfom well, playing week in week out doing well. If you do that, chances are high for you to be part of the national team and even if you are not called, you just have to keep pushing,” he added.

On how preparations for the resumption of the Myanmar league after the Covid-19 break, the big defender said: “We have started training and it’s  now the 4th week and it has been nice being back with the lads and we are starting games on the 17th of July. We got tested for Covid before we started and we are getting tested again in the last week before we play our first game.”