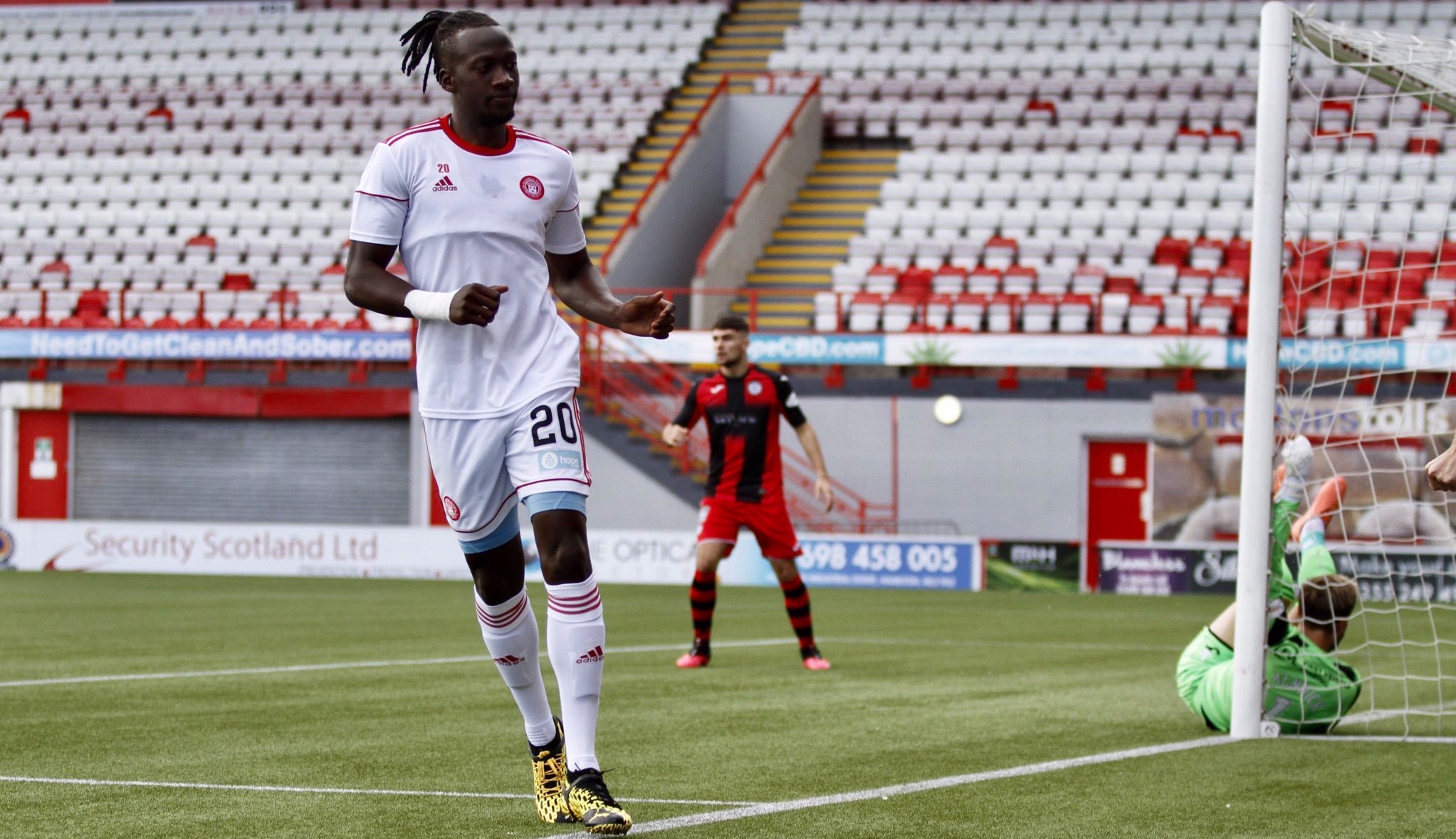 Zimbabwean striker David Moyo, who plays for Scottish Premier League side Hamilton is quietly living up to his wish of being called for the Warriors.

The former Young Warriors striker, who joined Hamilton last year, scored on his derby against Motherwell and was also on target when his side secured an impressive victory over Steven Gerrard’s Rangers last season.

Today, the dreadlocked striker scored in the first minute for Hamilton in their 2-1 win over St Miren in a friendly game.

Moyo recently opened up on his wish to play for the Warriors in an interview with the club’s website.

“On a personal note, I want to keep pushing and score as many goals as possible, and hopefully get to represent my country, but I have just got to work hard for the team,” said the 25-year-old.

“It is an amazing feeling to represent your country, and hopefully one day I can do it again,” he added.